CO-Founder and President of Xiaomi confirmed Mi 10 series is coming in next year ! 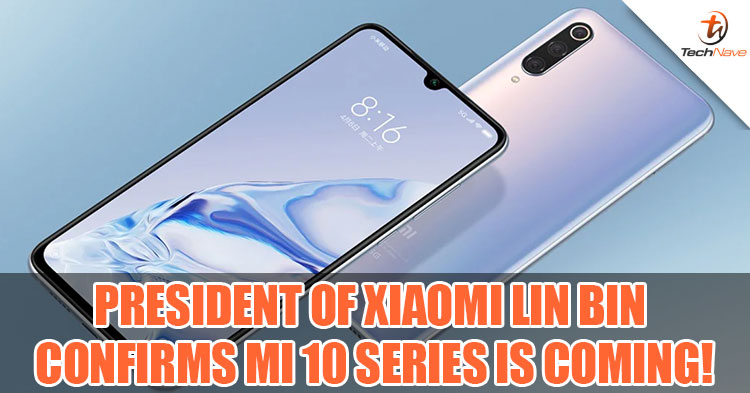 Xiaomi has been a hit of the town with the first 108MP Penta camera smartphone that will be launching today. But it seems like the company is planning for more as the co-founder and president Lin Bin confirmed the next flagship Mi 10 series is coming!

According to Lin Bin's Weibo account, he mentioned in a comment that the upcoming Mi 10 pro will be the successor to the Mi 9 Pro while the Xiaomi Mi 9 was removed from the company’s official website. This indicates that we will be seeing the Mi 10 series soon. 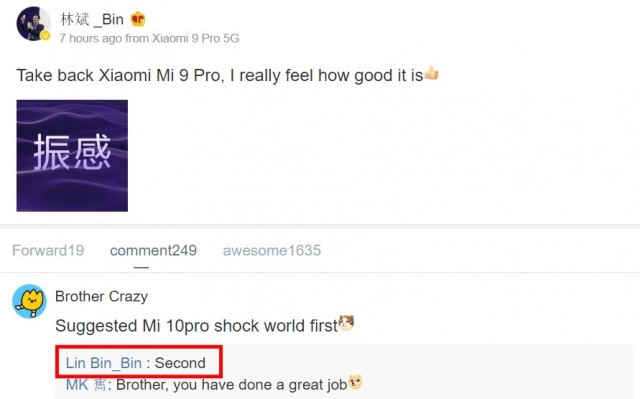 As for the tech spec, we may expect a Snapdragon 865 SoC chipsets along with a 108MP main camera which comes with a MIUI 11 OS based on Android 10 out of the box. Also, the certification shows that the model numbers M2001J1E and M2001J1C are likely to come with a 66W fast charging technology which we assumed it to be the coming Mi 10 series that usually arrives at the beginning of the year.

Either way, there’s no official confirmation on the tech specs and also launching dates, so do take this with a pinched of salt. But are you excited to hold on to it? Let us know at our Facebook page and stay tuned for more updates on TechNave.com!