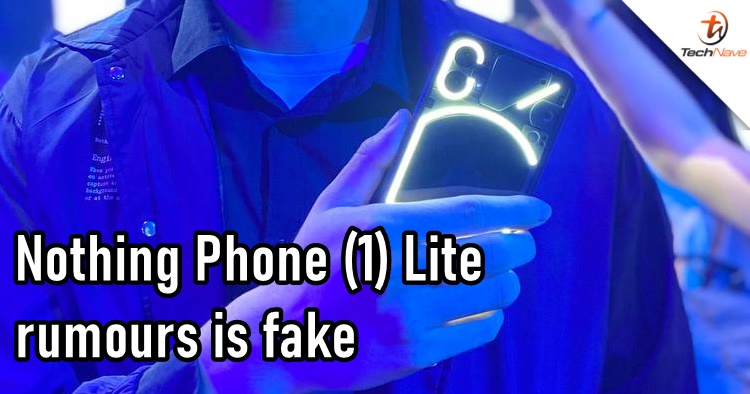 Previously, there were rumours of the Nothing Phone (1) Lite and it could be scheduled later this year. However, the Nothing brand denied it and to bury the rumour once and for all, Carl Pei simply tweeted "Fake news".

Nothing CEO, Carl Pei retweeted a piece of rumoured news from Android Police saying that there could be a Lite version in the works. It was also the same day that the Nothing brand was denied, yet some media news outlets were still talking about it. The rumour was believed to originate from India.

Initially, the rumours about the Nothing Phone (1) Lite was a variant without the Glyph lighting as well as having a chipset less powerful than the Snapdragon 778G+. Rumours also have it that the phone could have a 5000mAh battery with a 42W fast charging adapter. Anyway, that doesn't matter anymore since there's no such device.