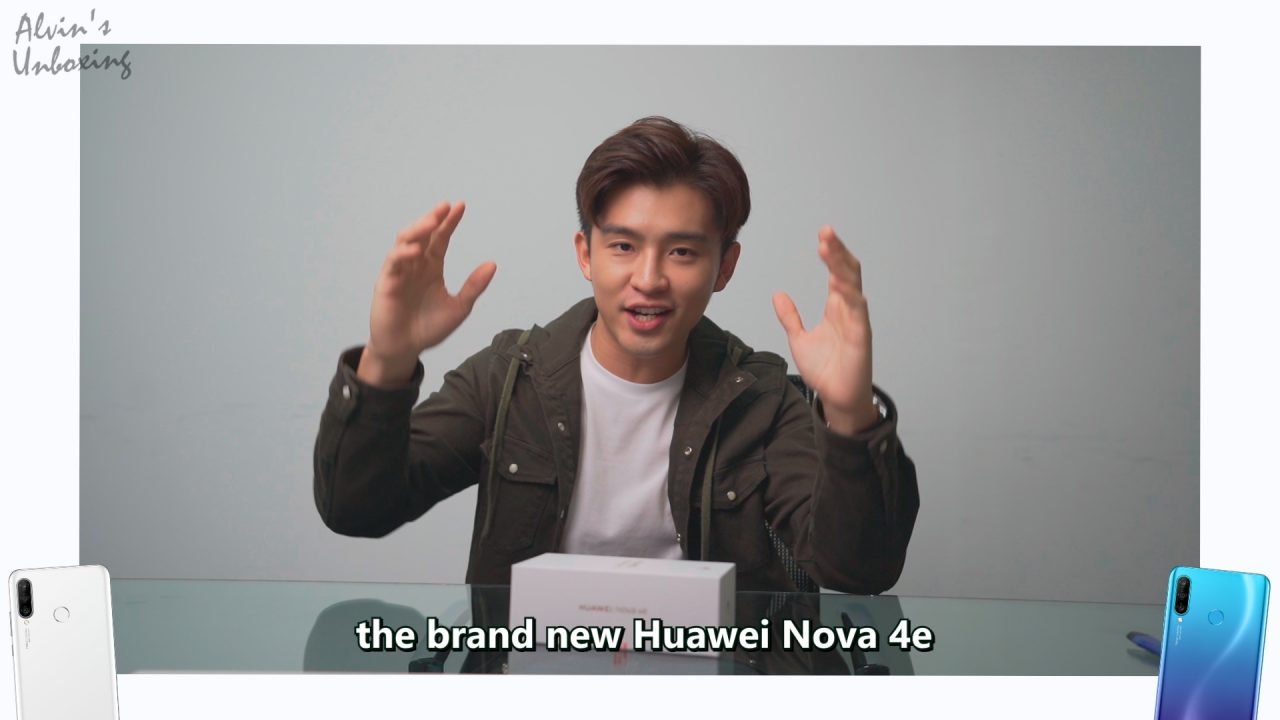 The Huawei Nova 4e is a rather popular smartphone among the youths, due to the various beautification features found on the device, as well as up to 6GB RAM and 128GB of internal storage which is more than enough to store up to several thousand pictures and hours of videos.

Life is full of surprises, especially when it comes in a box! Check out this video as Alvin Chong 鍾瑾樺 unbox the HUAWEI Nova 4e equipped with HUAWEI's first 32MP AI Selfie Camera! For more information on the HUAWEI nova 4e: http://bit.ly/HWnova4e #HUAWEI #HUAWEInova4e

In the video, he also highlighted various features which are present in the Huawei Nova 4e such as the AI Scene recognition which assists the 32MP front-facing selfie camera and the 24MP + 8MP + 2MP camera in the rear, to provide you with beautiful images. Not only that, but there is also the 3D Qmoji, which motion tracks your face and produces an animated cartoon based on your movements.

As for the software, the phone has Google Android 9.0 Pie with EMUI 9 installed and it also comes with special features such as the AI battery management, GPU Turbo 2.0, and more. For more updates like this, stay tuned to TechNave.com.