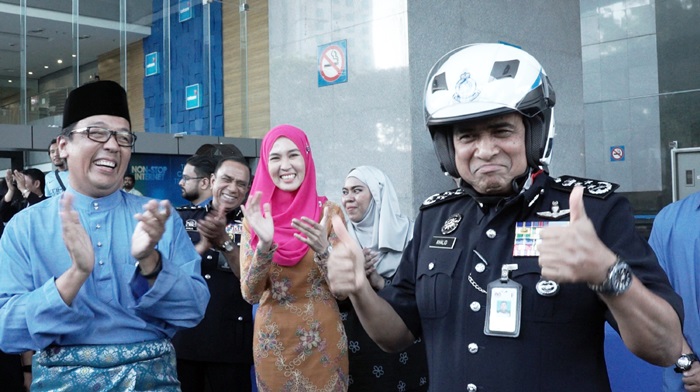 In conjunction with the coming Ramadhan, Celcom Axiata Berhad had provided and sponsored new safety helmets to the personnel of Jabatan Siasatan and Penguatkusaan Trafik Kuala Lumpur (JSPT KL), and later mesmerised them with a Buka Puasa event. Prior to the Buka Puasa session, Celcom distributed 300 brand new safety helmets, which were handed by Tan Sri Dato' Sri Khalid Abu Bakar, the Inspector General of Police to his men in uniform, who are attached to the motorcycle unit.

Dato' Sri Shazalli Ramly, Chief Executive Officer of Celcom Axiata Berhad said the contribution was a humble show of appreciation from the telco to the enforcement body that contributed significantly to the society and whose sacrifices were noteworthy. 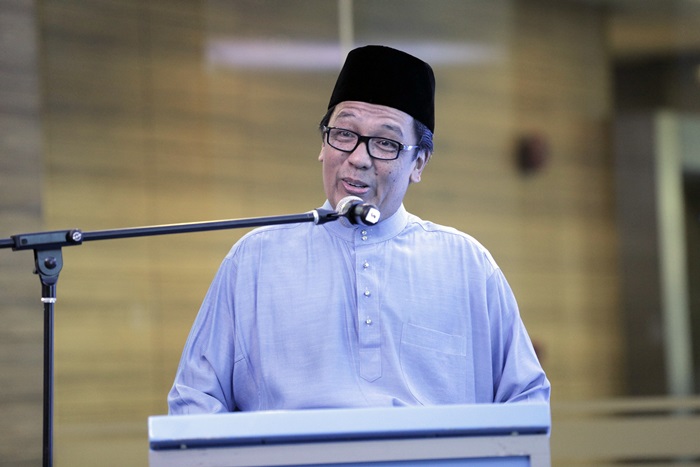 "These men and women sacrifice their valuable time and are persistent in their commitment towards ensuring the safety of Malaysians on the road, especially so during the festive season. As a socially and caring company, we feel it is important to recognise their dedication and it is only appropriate for Celcom Axiata to take this opportunity to share the cheer of Ramadhan together."

"We highly regard their endless commitment and diligence, and this is our way of saying thank you - as an expression of gratitude to them, aside from instilling the spirit of giving and sharing in the holy month of Ramadhan. Moreover, we hope to continuously nurture the collaboration and working relationship between bodies of authority such as JSPT KL and Celcom Axiata." he said during the safety helmet presentation. This initiative marks the 12th year in collaboration between Celcom and the traffic police force, since it first commenced in 2005.

Later in the evening , both Dato' Sri Shazalli and Tan Sri Dato' Sri Khalid Abu Bakar proceeded with the distribution of 300 goodie bags to the traffic policemen on duty, enforcement officers and also the public in the city centre, specifically at Jalan Esfahan, Jalan Tunku Abdul Rahman, Kuala Lumpur.

The finale to the day's events ended on a high note as Dato' Sri Shazalli Ramly and Tan Sri Dato' Sri Khalid Abu Bakar were joined by 700 other, consisting of Celcom employees and members of JSPT KL for a majlis berbuka puasa at the Traffic Police Station at Jalan Tun H.S. Lee.