Current Location: Home > News > Celcom XPAX and Media Prima is back with the Kejohanan E-Sukan Kampus this year with up to RM180000 to be won 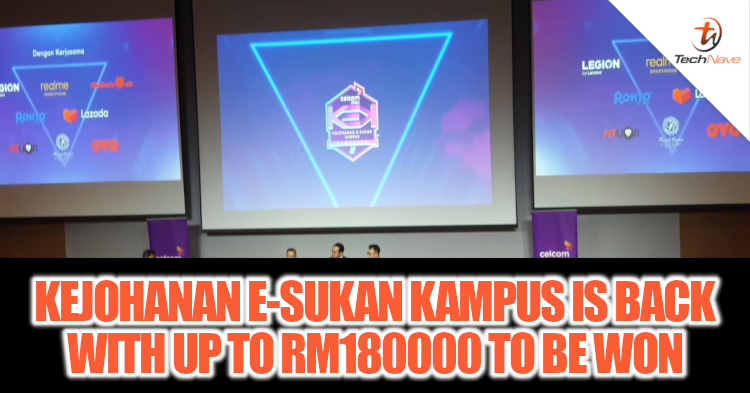 The Kejohanan E-Sukan Kampus is back once again, with more than RM180000 worth of prizes to be won. The competition is organized by Celcom XPAX, Kitamen, as well as Media Prima’s MyGameOn and the qualifiers will start in as early as 21 September 2019 while the Grand Finals will be on 23 and 24 November 2019 in The Curve, Damansara.

As the name suggests, college and university students will battle it out for the grand price on game titles such as PUBG Mobile as well as Mobile Legends: Bang Bang. But that’s not all, the best performing institution will also be eligible to receive an RM50000 scholarship courtesy of Celcom XPAX.

Head over to MyGameOn’s official website or Facebook page, if you are interested in finding out more. Would you be taking part in the second Kejohanan E-Sukan Kampus? Let us know on our Facebook page, and for more updates like this stay tuned to TechNave.com.