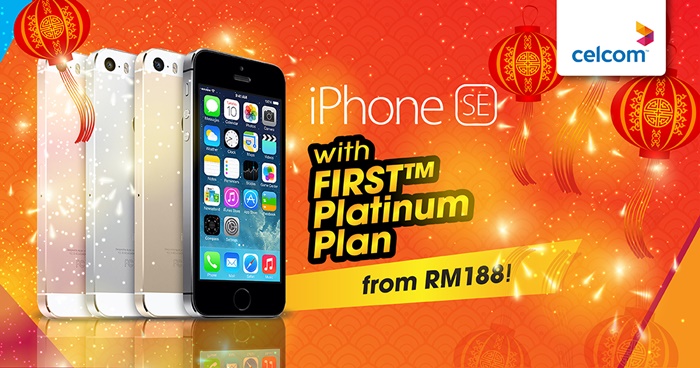 Hi Celcom users, remember the Apple iPhone SE promotion that happened in October last year? If you’re still looking for a non-bulky pocket phone, well you’re in luck as not only the promotion is still on going, but Celcom has decided to lower the price to RM188! Say “huat” ?!

As always, all existing and new customers can join Celcom's iPhone SE promotion from as low as RM188! To recap, customers are also able to enjoy:

This is possibly the most affordable and compact device ever held in Malaysia, so take this chance now to sign up in any Celcom Blue Cube stores and Celcom Xclusive partners nationwide, enjoy Celcom’s Ultrafast 4G Territory before it ends on 31 January 2017! Check out the site for more details!