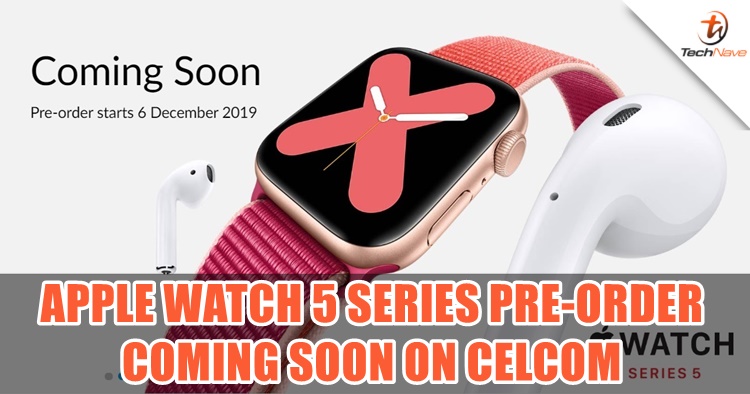 In this short announcement, our local blue Telco, Celcom has just officially announced that the Apple Watch 5 series (GPS + Cellular) will soon be available in their BlueCube stores. However, if you're planning to get one from them, you will have to wait a while as the pre-order will start on the 6th of December.

There's no price mentioned as well but since it's likely going to be a bundle package, you should be able to purchase it lower than the standard price. Just like last year, the starting price is RM1749 and there should be an instalment plan over two years as usual. From the image, it seems to suggest that Apple Airpods are included but then again, it could be just a placeholder. Aside from Celcom, Digi is the other one that's also selling the Apple Watch 5 series with an All-In monthly payment from as low as RM126.

The pre-order period will end on 12 December 2019 and the wearable's official launch in Celcom will start after that. The link to the website is not available yet so until then, we will have to wait for more information from Celcom on their plans. Will you be getting one just in time for Christmas? Stay tuned for more Celcom news at TechNave.com.