Previously, we wrote about which Apple iPhone 12 series smartphone would be the right one for you based on features and needs. Now the latest iPhones are finally available in Malaysia, with prices starting from RM3399 on Apple Malaysia's official website. Not only that, but it's also available for pre-order via telco companies such as Digi, Celcom, Maxis, as well as U Mobile.

With all that said, what exactly are the benefits of pre-ordering the Apple iPhone 12 series from any of the telcos mentioned above? Let's have a closer look, shall we? 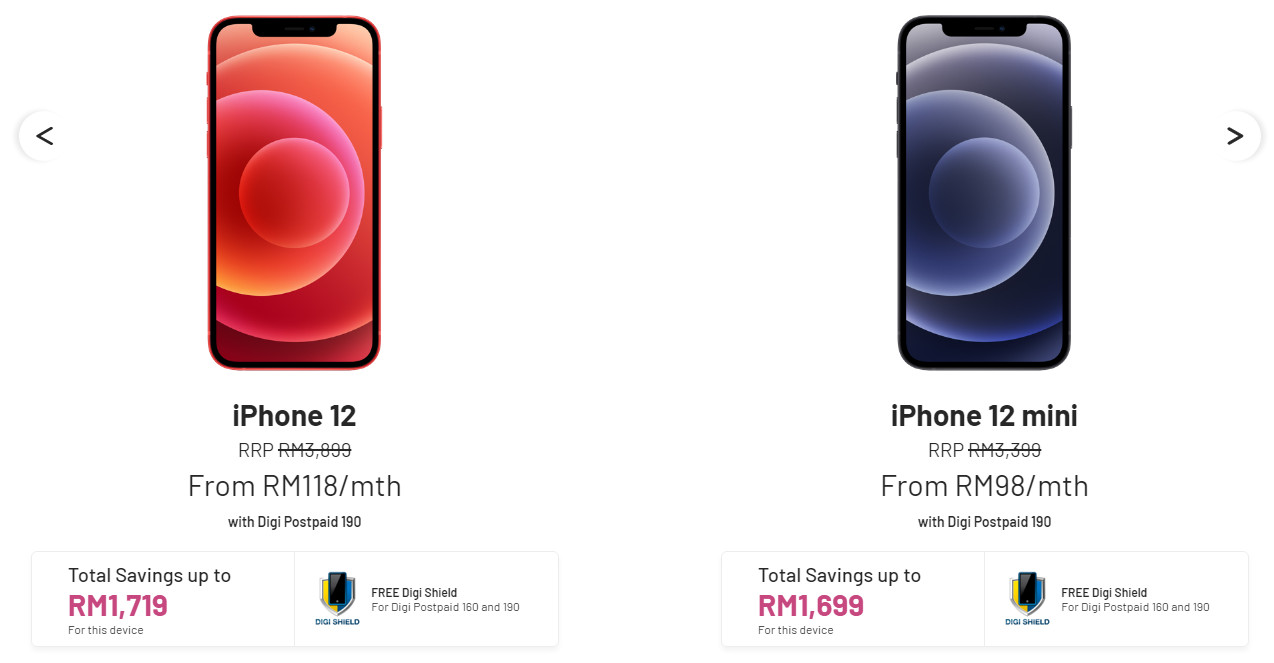 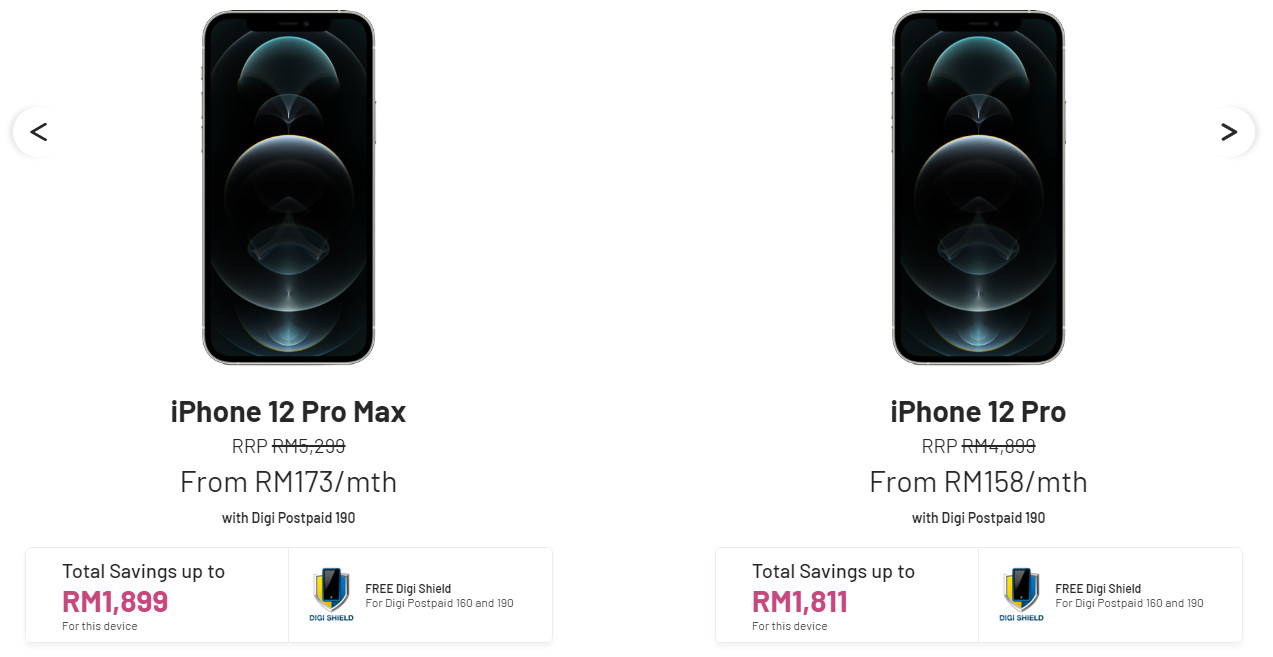 In addition to that, if you were to pre-order via Digi's official website, you'll be able to get an Energizer UE10004 10000mAh Powerbank at the price of RM39, instead of its initial price of RM79. With that being said, do act fast if you're keen on getting the powerbank because stocks are limited. 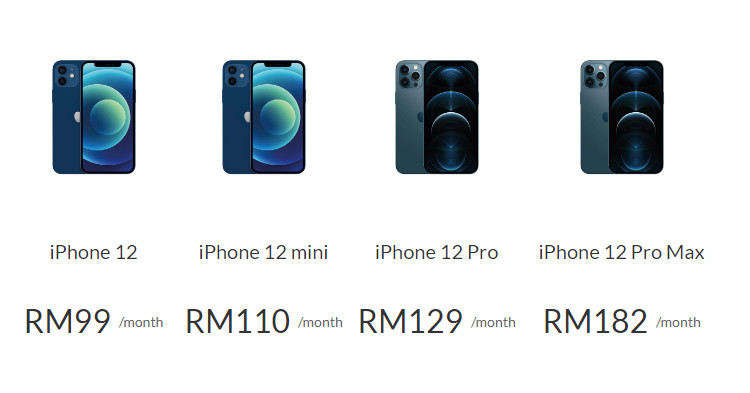 Depending on the availability, Celcom will also throw in a complimentary Apple 20W USB-C Charger, which is great since the iPhone 12 series does not come with a charger in the box. Furthermore, if you've been eyeing the Apple Watch SE or AirPods Pro, you'll be able to get them bundled along with the smartphone for as low as RM146 and RM166 per month.

Maxis - Starts from RM110 a month with Maxis Zerolution 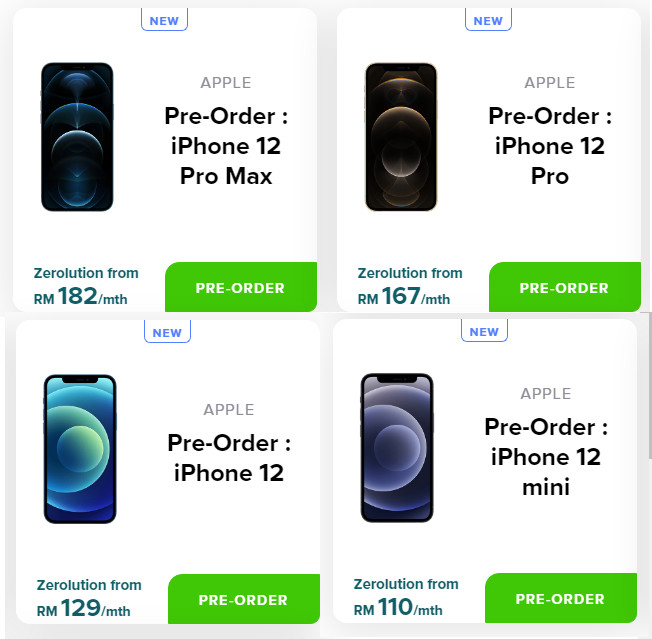 But in that case, you'll be required to pay an upfront fee of up to RM954 that will be returned to you in the form of bill rebates. As of now, the new iPhones are currently not available on the Maxis Zerolution360, so you might want to hold off on the upgrade if you're an existing Zerolution360 subscriber. 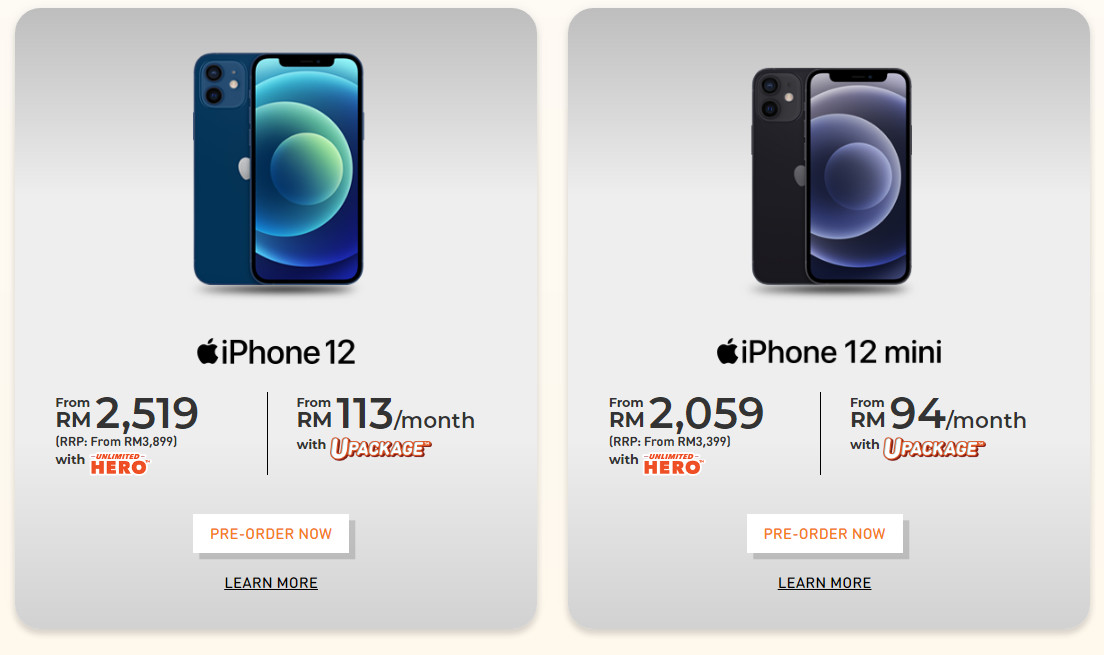 Last but not least, there's U Mobile where you can get the iPhone Mini for as low as RM94 a month via the UPackage Instalment plan, iPhone 12 for RM113 a month, iPhone 12 Pro for RM151 a month, and iPhone 12 Pro Max for RM166 a month. But that's not all, you'll also be given a free 1-month GoInsure 3 subscription that provides up to RM10000 of coverage in the event of an accident.

Like Maxis, if you prefer paying for the devices upfront, you can get them for RM2059, RM2519, RM3419, and RM3789 for the iPhone 12 Mini, iPhone 12, iPhone 12 Pro, and the iPhone 12 Pro Max respectively via the Unlimited Hero Plan. In addition to that, you'll also get the 1-month free GoInsure 3 membership mentioned previously, as well as a pair of Apple AirPods with Charging Case if you're the first 120 customers to pre-order the device.

With all that said, which telco would you rather get the iPhone 12 series from? Let us know on our Facebook page and for more updates like this, stay tuned to TechNave.com.