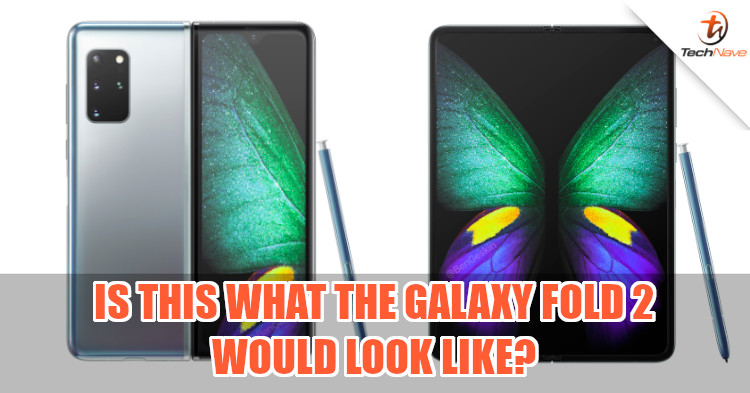 News and rumours of the next foldable device from Samsung are ramping up, with renders starting to appear on the internet. One of the latest pieces of news claims that the Galaxy Fold 2 will come with a new S Pen, swiftly followed by a concept art based on the rumour.

Ben Geskin revealed his concept renders for the Galaxy Fold 2 on Twitter, showing a device with what's called an Infinity V display with a punch-hole camera at the front. Allegedly, it will be a 5G device powered by a Qualcomm Snapdragon 865 chipset. However, do remember that the images provided are concept renders based on unconfirmed rumours so it may not be how the device will actually look.

with the new S Pen pic.twitter.com/BcoPnVLGHi

In a related piece of news, Max Weinbach also claimed that the device would have the same triple-camera setup (12MP+12MP+64MP) as the Galaxy S20 Plus. It would also have a ceramic and stainless steel body, dyed in five different colours of blue, silver, gold, pink, and black.

There's no official announced on the specs and features of the Galaxy Fold 2 yet, but including an S Pen with it definitely sounds like a great idea to us. Still, what do you think of the concept render and rumours behind the Galaxy Fold 2 so far? Let us know what you think on our Facebook and stay tuned to TechNave.com for more updates like this.