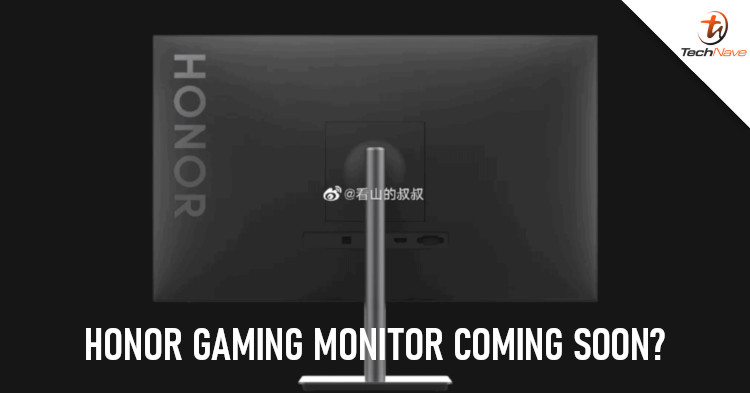 A statement by a user on weibo has revealed that HONOR could be unveiling a 23.8-inch 144Hz gaming monitor, which is expected to complement the HONOR Hunter gaming laptop that was unveiled not too long ago. While there is no news on the release date on the aforementioned monitor, our source did mention that it will sport a similar design as Huawei’s upcoming gaming monitor as well.

In terms of the tech specs, there’s not much to go by in terms of information other than it will sport an HDMI port, display port, as well as a power socket at the rear. Do take some of the information with a grain of salt, due to the fact that HONOR has yet to provide an official statement on the leaked info.

Not only that, but there’s also no news on the Malaysia release date and local pricing for now. With all that said, would you be interested in getting the HONOR gaming monitor as soon as it is available in the local market? Let us know on our Facebook page and for more updates like this, stay tuned to TechNave.com.