f Could the Xiaomi Redmi Note 5 be coming to Malaysia after next week (Update: 24 April) from ~RM1149? | TechNave

Current Location: Home > News > Could the Xiaomi Redmi Note 5 be coming to Malaysia after next week (Update: 24 April) from ~RM1149?

Could the Xiaomi Redmi Note 5 be coming to Malaysia after next week (Update: 24 April) from ~RM1149?

The first in the world to feature the new Qualcomm Snapdragon 636 processor, the Redmi Note 5 for Malaysia could also pack in a 5.99-inch 18:9 aspect ratio display with FHD+ resolution, an infrared blaster (universal remote control), 12MP + 5MP dual rear cameras and a 20MP front camera with LED flash. Other tech specs like a 4000 mAh battery will keep the lights on while a Face Unlock feature will also be included with the rear fingerprint sensor.

Mi Malaysia usually does not bring in both variants of the same model at once, so we expect the 6GB RAM + 64GB storage version to come later, especially if there is a good response for the more affordable 4GB RAM version. Of course we have no confirmed Malaysia pricing details just yet but if the official Lazada store is already teasing it for 24 April 2018, we expect it to be sold or on pre-order starting from that day (India's Redmi Note 5 Pro is going on pre-order on 27 April 2018).

Check out the tech specs for what we expect the Redmi Note 5 to have below: 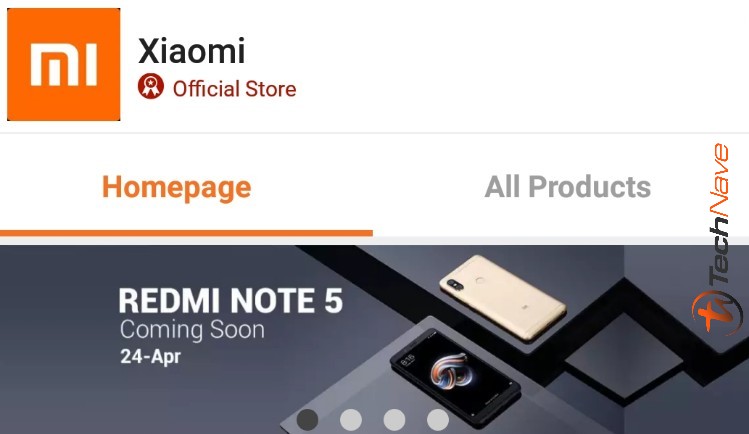 How much do you think the Redmi Note 5 will be priced? Which version would you want, the 4GB RAM or 6GB RAM version? Discuss on our Facebook page (or below) and stay tuned to TechNave.com