Current Location: Home > News > Customers who bought Google Pixel 6 Pro are not getting it until January 2022 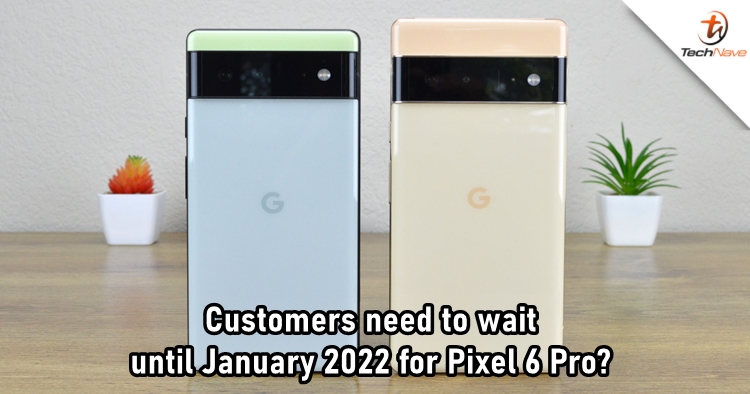 Google finally launched a true flagship series a few days ago after deciding not to join the tense competition last year. Along with the Pixel 6 series, the company also introduced its first smartphone chip, Tensor. For so many reasons, the Pixel 6 and Pixel 6 Pro are a pair of good flagship smartphones, and it leads to some customers who purchased the device might not be getting it until next year.

According to a report, a customer who purchased the Pixel 6 Pro might have to wait until January 2022 to receive it. On the other hand, the Pixel 6 will get delivered by the latest being 1 December. From here, you can see that the Pixel 6 Pro is more popular than its vanilla variant. Who doesn't love a better screen, a better camera setup and a larger battery capacity! It's worth mentioning the Google still doesn't officially offer the Pixel smartphones in Malaysia. Luckily, you still can get the imported set starting from around RM2900 for the Pixel 6 to up to RM5000 for the Pixel 6 Pro 512GB variant. However, some attractive features of the devices might not work here.

If Google offered the Pixel devices in Malaysia, would you consider getting one as your new daily driver? Drop a comment to let us know and stay tuned to TechNave.com for more smartphone news.