Current Location: Home > News > DHL launching their first drone delivery service in China, cutting down delivery time by up to 80%

DHL launching their first drone delivery service in China, cutting down delivery time by up to 80% 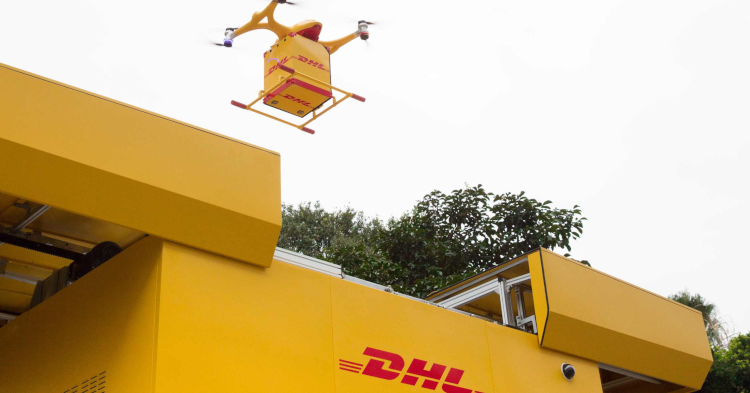 DHL in partnership with EHang Technology has officially launched their last mile drone delivery trial service in China, which aims to reduce the operational cost of delivering parcels by up to 80%. Not only that, but they have also reported that the drones are capable of delivering good to a location 10 kilometres away in just 8 minutes instead of the usual 40 minutes.

Due to the fact that the drones are electrically powered, they do not produce as much carbon waste as compared to a conventional delivery vehicle. End-users will be able to track the location of the delivery drone, along with the ETA of when it will arrive at their doorstep. JD.com and Alibaba.com, have previously experimented the drone delivery system not too long ago. However, this is the first time this system will be carried out in an urban environment. Let’s hope the drones won’t go “Terminator” on us and for more updates like this, stay tuned to TechNave.com.