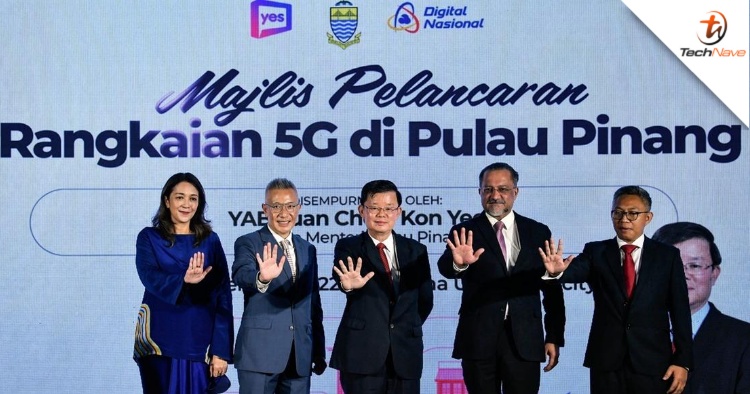 Penang has become the first state in the northern region of Peninsular Malaysia to have 5G network coverage following its launch in the state yesterday. During the launching ceremony in George Town, Penang Chief Minister Chow Kon Yeow said that 151 sites have been identified to launch the 5G spectrum and will be part of the first phase of the 5G implementation plan by Digital Nasional Berhad (DNB).

The Chief Minister also announced that a total of 7 telecommunication companies have been selected to implement 19 "use cases" in Penang with an estimated cost of RM23.2 million. These include 5 "verticals", which are agriculture, education, smart state, manufacturing industry and tourism.

So, what do you guys think of the expansion rate of the 5G network by DNB? Share your thoughts with us in the comments below and stay tuned to TechNave for the latest in the tech world, be it in Malaysia or beyond!