Current Location: Home > News > Dell now has a laptop with 5G and a 30-hour battery life 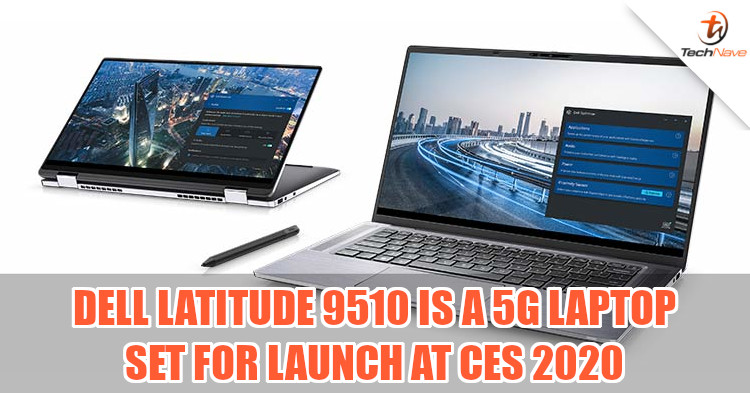 CES 2020 has not officially begun but some companies are already getting a head start. Dell has announced what it has to show at this year's event and it includes some interesting models. One of them is the Dell Latitude 9510, which not only supports 5G but also has 30 hours of battery life.

We've been seeing 5G being added to many smartphones but 5G laptops are new to the scene. In fact, the Latitude 9510 is perhaps the first convertible laptop PC that comes with it. The laptop will likely come with 5G antennas inside to get access to 5G networks but which 5G modem is being used inside was not confirmed. Dell did mention some other tech specs and features for the laptop. It'll have a 15-inch InfinityEdge display and weighs about 1.45kg, which means it's relatively portable. Also, it will be equipped with Intel's 10th Gen Core i7 so the performance should be good. As for features, it'll have security functions like ExpressSign-in, while ExpressCharge would be used to improve battery life. The latter uses AI and machine learning technology to optimise your battery usage and is probably how it will maintain that long battery life.

For those who have thought about getting a laptop with 5G, now you have an option to consider. But would you actually want a 5G laptop in Malaysia? Let us know on our Facebook page and stay tuned to TechNave.com for more news like this.