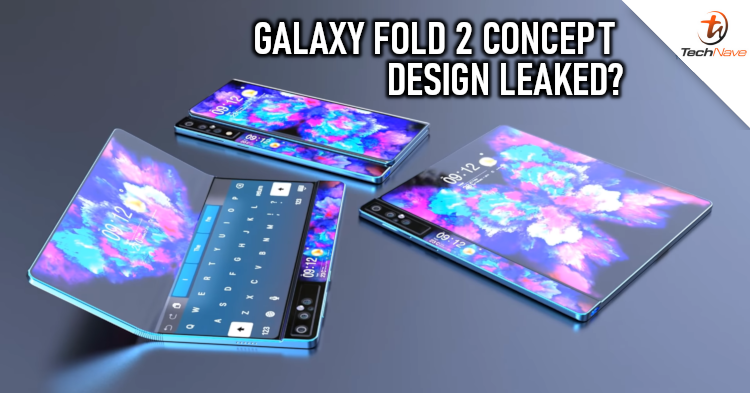 A video detailing the design of the Samsung Galaxy Fold 2 has been spotted on Youtube not too long ago, and it gives us an idea on what to expect when it is officially unveiled for the price of 2000USD(~RM8630). Do note that the foldable smartphone in the video is merely a concept, and it does to reflect upon the final product.

Based on the video, it seems that the Fold 2 might come with a rotating triple camera module which allows it to function as both a rear and a front-facing selfie camera. In addition to that, the camera module will come with a 108MP + 12MP + 20MP image sensors which potentially makes it one of the most powerful cameras for taking selfies.

As for the display, it comes with a 6.6-inch AMOLED display and a smaller display right beside it. When the device is unfolded, you’ll find a larger 8-inch OLED foldable display which is able to be opened up to either 120 degrees for laptop mode, or up to 180 degrees which allow it to be laid flat on any given surface.

In terms of the tech specs, the alleged Samsung Galaxy Fold 2 is expected to come equipped with a Qualcomm Snapdragon 865 chipset, 12GB of RAM, 512GB of internal storage, and a 7000mAh internal battery which supports up to 65W fast charging. Furthermore, it comes with features such as wireless charging, as well as reverse wireless charging.

Do take every bit of information with a grain of salt, due to the fact that Samsung has yet to provide an official statement regarding the concept smartphone shown in the video. Not only that, but there’s also no news on the Malaysia release date, official tech specs, and local pricing of the Samsung Galaxy Fold 2 for now.

Would you be interested in getting the device in question as soon as it is available in Malaysia? Let us know on our Facebook page and for more updates like this, stay tuned to TechNave.com.