Diablo Immortal leaked to release on mobile on October 25 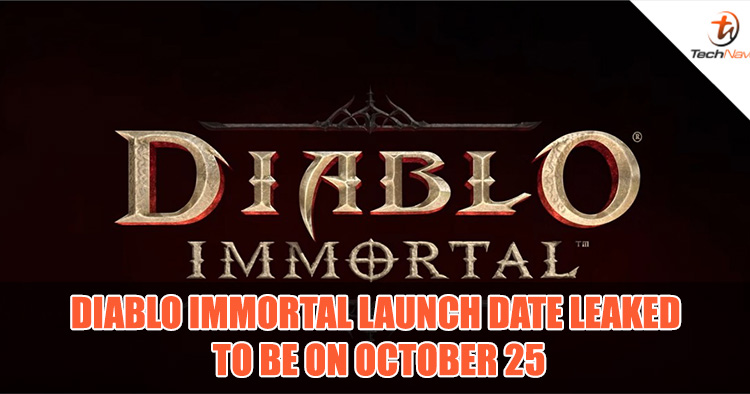 Finally, we may just have a date for the not-so-much-anticipated Diablo Immortal. If you aren’t familiar, the game is a MMORPG for PC brought over to mobile. Only weeks before Blizzcon, a leak has been found about the game, alleging that it may be released on the 25th of October, a week before the event.

A chinese website published a screenshot of the game from Douyin. The screenshot mentions that the game is anticipating about 11.4million players at launch and will be available on the 25th of October.

While many are still scratching heads as to why the game is ported to mobile, apparently many Diablo fans in China want it on that platform. So far, pre-registrations for the game are available on Android. As for iOS, we may be seeing it there in the near future. Will you be hopping into the game at launch? Keep up with the latest mobile gaming news on TechNave.com!