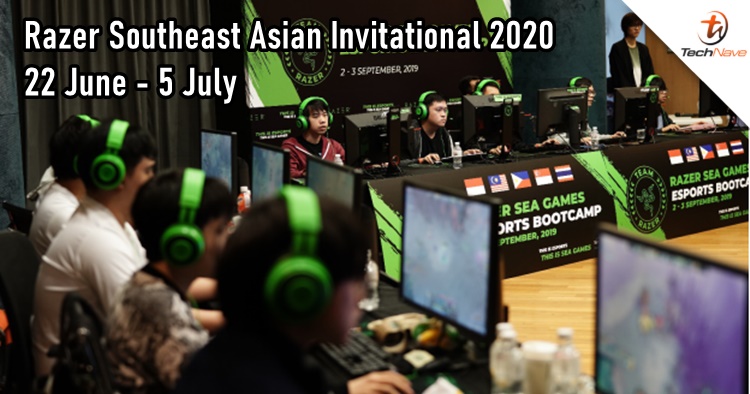 With the on-going Conditional Movement Control Order, it seems that some businesses are coming back slowly with caution. Among the companies, Razer took a bold move in announcing their upcoming Razer Southeast Asian Invitational 2020. The event is scheduled to kick off on 22 June, followed by the grand finals on 3-5 July 2020.

Don't worry, it's not like Razer will open up a stadium for the fans to flock it. According to the official press release news, the SEA Invitational will be held online so fans can view the live stream on YouTube, Facebook and Twitch. On top of that, we are also informed that 3 games have been added for the tournament - DotA 2, and surprisingly PUBG Mobile alongside Mobile Legends: Bang Bang. That said, that means the tournament will oversee both PC and mobile gaming.

As a SEA-centred tournament, that means Malaysia will be part of the Invitational. Other countries that will also join include Singapore, Brunei, Indonesia, the Philippines, Cambodia, Laos, Myanmar, Thailand, and Vietnam. Interested pro-gaming teams will need to sign up with their respective eSports federations and be selected for the qualifiers during May until June. Schedules for the qualifiers will be updated on the official SEA Invitational website here.

Think you and your pro-gaming team got what it takes? Maybe you can give it a shot. Good luck, have fun and stay tuned for more trending gaming news at TechNave.com.