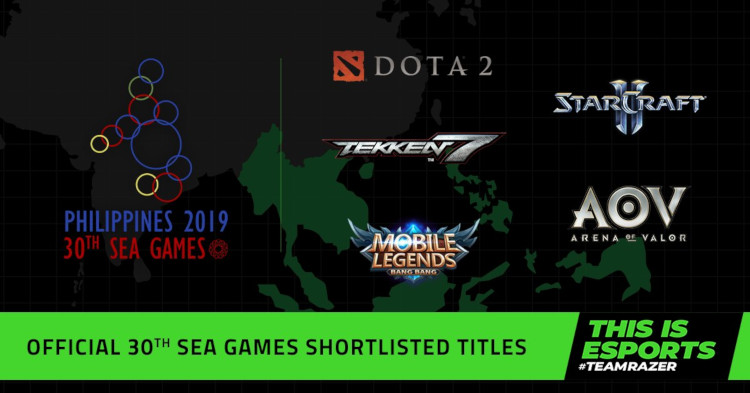 The organizing committee of SEA Games 2019 has announced titles such as Dota 2, Arena of Valor, Mobile Legends: Bang Bang, Starcraft 2 as well Tekken 7 will be the official games of the event while the 6th and last title will soon be announced in the near future on Razer’s official Twitter account.

SEA Games 2019 will be held in Philippines and it is expected to start on 30 November 2019 until 11 December 2019. There will be 11 participating countries with a total of 56 sports including but not limited to Esports, Archery, Basketball, Badminton, Football and so on. For more updates like these, stay tuned to TechNave.com.