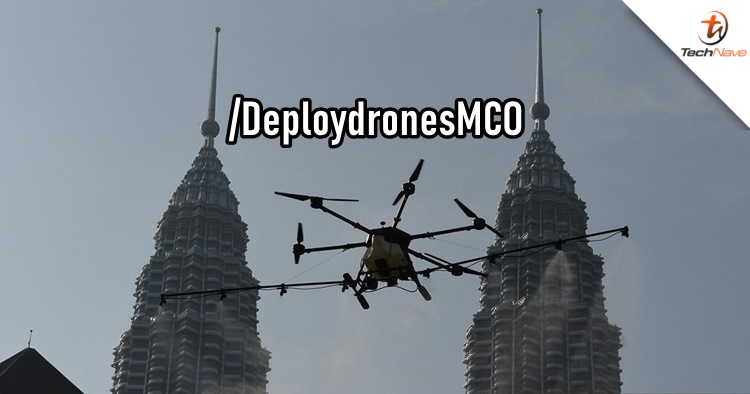 Back in March, we reported that the Malaysia Armed Forces planned to use flying drones to assist in patrolling the streets during this MCO period. Looks like they really mean it and starting today, the drones will be deployed as aerial surveillance to monitor the naughty boys and girls who disobey the law.

According to sources, the drone was designed by the Aerodyne Group and was requested by the Malaysian Communications and Multimedia Commission (MCMC). Also, since the MCO has forced many companies to shut down temporarily, Aerodyne Group founder and CEO Kamarulazman Muhamed said it was the perfect timing for them as the team were free. He also mentioned that 26 Aerodyne teams (5 staff and 2 drones for each) are working closely with the Armed Forces, and another 92 teams in total operating across the country.

This definitely sounds a lot of like sci-fi games and movies where drones deployment are one of the key factors. Thankfully, those versions aren't going to blast civilians away but to do crowd control via a tracking software and relay information to people who are caught red-handed.

Don't worry about having your privacy invaded, as the drones will only be used during the MCO period, so you can be rest assured that they won't be used when the MCO is lifted. However, this will give companies some ideas and hopefully not for the wrong reasons. Stay home, stay safe, and stay tuned for more trending tech news at TechNave.com.