Entry-level smartphone Huawei Honor 5A revealed with 5.5-inch display and 3100 mAh in China 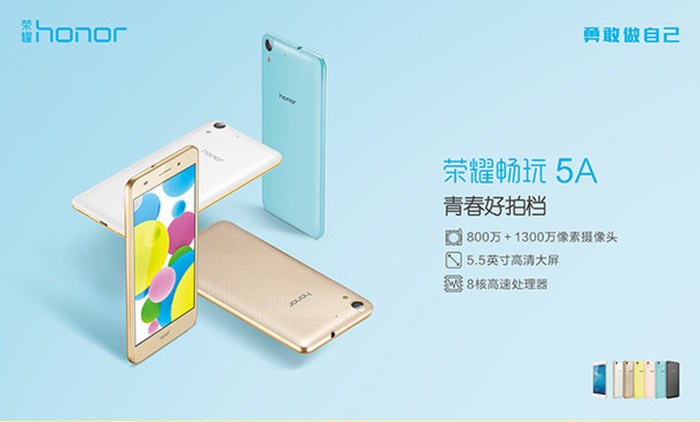 So it's official, the Huawei Honor 5A was just announced in China and it's aimed at the young generation for budget purpose, coming in both plastic body and metal frame versions in white, gold, yellow, pink, blue, and black. As a budget phone, it starts at just 699 Yuan (around RM434), while the full network variant and the dual netcom variant retails for 799 Yuan (around RM497). The sale launch of the Honor 5A will happen on June 17 at JD.com and Huawei’s own online store in China. Below is the official tech-specs (it's not complete): 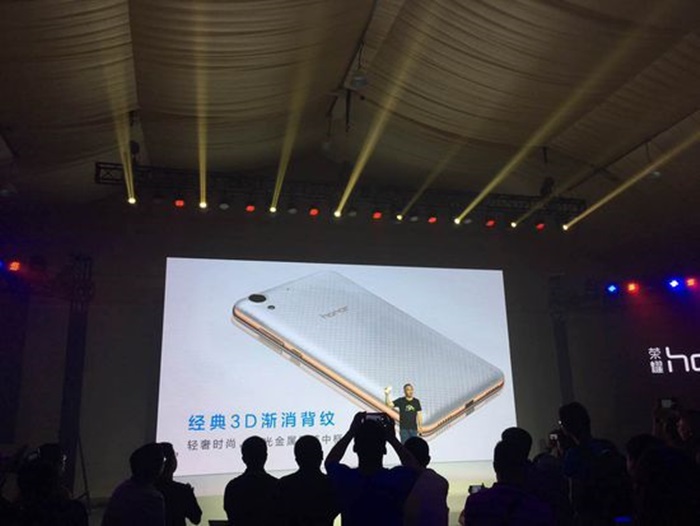 It's interesting to note that the Snapdragon 617 octa-core chip is revealed at this entry level phone, because it's usually found in mid-range phones. At the back, the 13MP camera has a 5P lens, 28mm wide angle shooting and 7cm macro. While up front, it's equipped with 4P lens, f/2.0 aperture, and blue glass filters to reduce flare.

The screen also has an Aluminum-Silicon tempered glass, which provides protection to the display under it. And the phone has a hardware level security which protects the device from illegal access, filters suspicious URLs and has a special anti-theft feature as well. 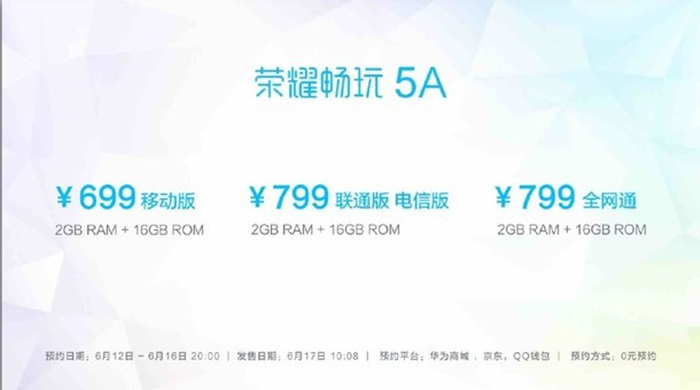 That's all for now from their announcement today, by the way, tomorrow we will be covering the Honor 5C release so stay tuned for more news at Technave.com!