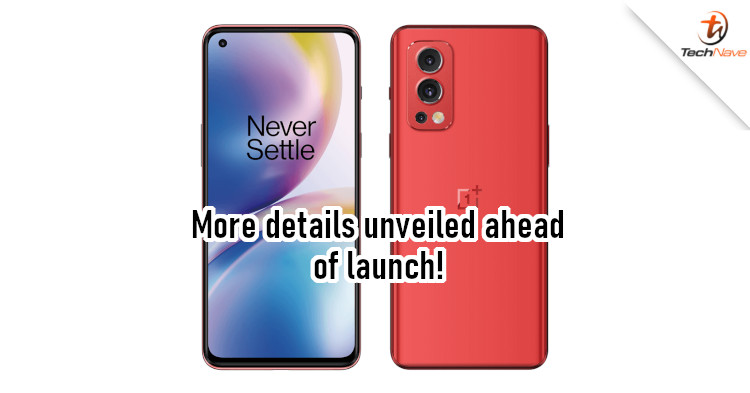 It was just last week when OnePlus confirmed that the Nord 2 5G will be launching soon. We already know from the teaser that previously leaked renders of the phone are accurate. Now, we have some additional details from both official and unofficial sources.

The OnePlus Nord 2 5G will be launched later today (22 July 2021) with the OnePlus Buds Pro. But that's not going to stop some last-minute leaks. A new Twitter post by Evan Blass has revealed three more colours for the OnePlus Nord 2 5G. Besides the standard grey colour, the phone is also available in red, olive green, and light blue.

In related news, OnePlus India has confirmed some specs and features for the phone too. It has been revealed that the phone comes with the Dimensity 1200 chipset, a 4500mAh battery, and a 50MP triple-camera setup. On top of that, it'll feature a 65W Warp Charge and a 90Hz Fluid AMOLED display.

Since OnePlus has a solid presence here in Malaysia, we can expect this phone to launch here eventually. But would you be interested in purchasing it? Let us know in the comments, and stay tuned to TechNave for more news like this.