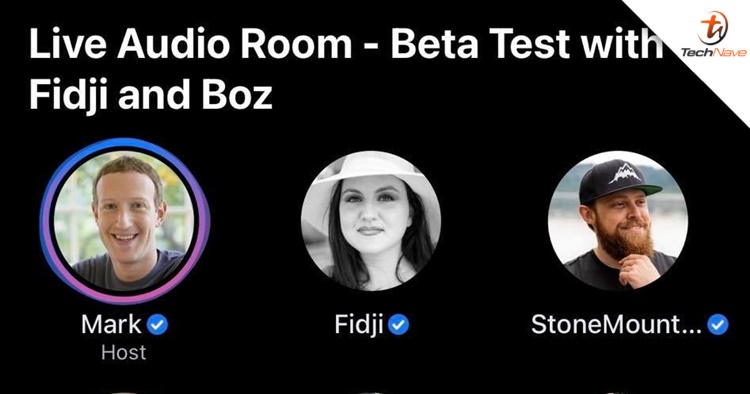 Due to the sudden popularity of Clubhouse, many tech brands try to create their own version to mimic the success. For Facebook, they too are developing one and will be testing a new Live Audio Rooms today in the US timezone (15 June 1 PM EDT).

If you're curious enough, you can actually join the Live Audio Rooms today at this group page. It was hosted by Mark Zuckerberg, Facebook CEO himself alongside other executive members and creators who are game streamers. According to sources, using the Live Audio Room is quite similar to Clubhouse. From the screenshots, you can see several Facebook profiles around starting with the main speakers, Followed by the Speakers, and other listeners. When one is speaking, the Facebook profile will have a glowing light ring and official accounts also have a blue tick. 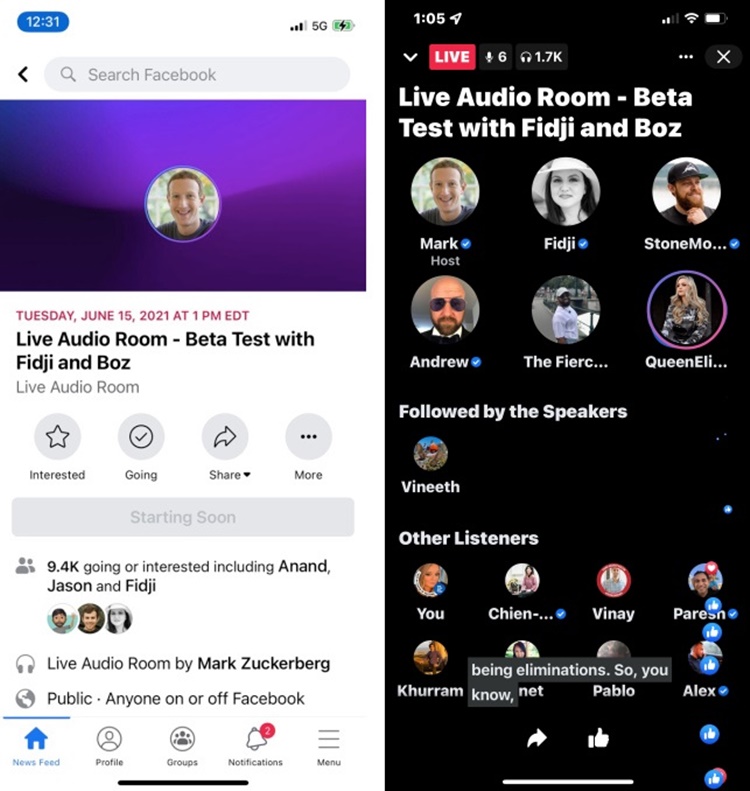 Facebook also threw in a couple of features such as giving the listeners the "Like" reaction at the bottom of the screen. They can also share any Audio Room on either their Facebook wall, a group, or directly to a friend in a different app. There was no "Raise hand" option during the beta testing.

Facebook said the Live Audio Rooms will be available on the iOS and Android platform, as well as planning to invite more users for more testing in the future. This sounds like a good alternative as there are still people who haven't installed Clubhouse but what do you think? Let us know in the comments below and stay tuned for more trending tech news at TechNave.com.