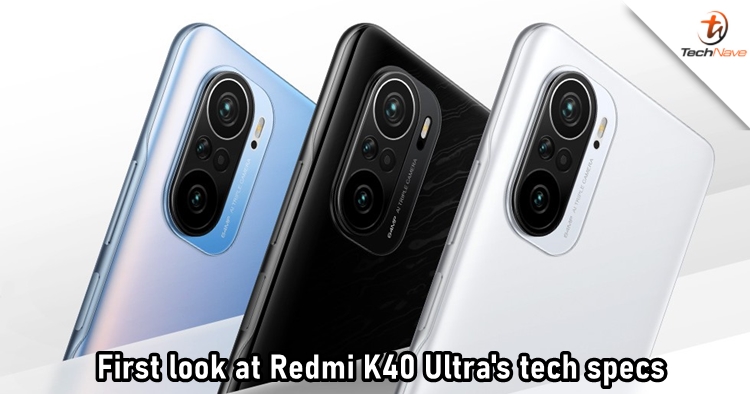 When we thought Xiaomi would only release Ultra devices for its 10th anniversary, the company surprised us with the Mi 11 Ultra earlier this year. Last year, besides the Mi 10 Ultra, Xiaomi also announced the Redmi K30 Ultra to celebrate the occasion. Therefore, with the appearance of the Mi 11 Ultra, the Redmi K40 Ultra is expected to be in preparation as well. Today, some of the details regarding the device have been revealed.

According to the source, there will be two variants of the Redmi K40 Ultra. One of them will feature a 64MP main camera, and it's targeting the global market. Another one will have a 108MP camera instead, and it will be available only in India and China. Both variants are suggested to offer an AMOLED display with a 120Hz refresh rate, a MediaTek processor and a multi-module camera with three or four sensors.

Furthermore, there are also speculations claiming that the device will offer a battery with a capacity of at least 4000mAh, with support for at least 67W fast charging. It could also come with up to 12GB of RAM and 256GB of internal storage. At the moment, it's still unknown when the device is arriving, but we'll let you know once we receive any updates.