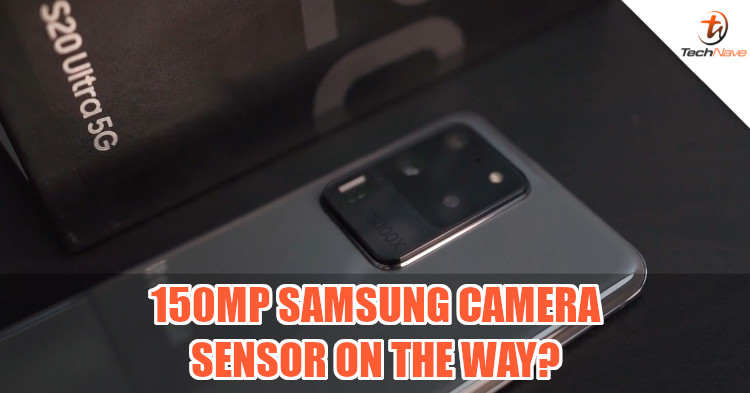 Just when you thought the pixel count can't go higher, a new rumour comes to laugh at you. This new rumour claims that Samsung may be working on creating a 150MP camera sensor. Allegedly, this camera sensor will be equipped on flagship smartphones.

According to Kuma_Sleepy on Twitter, this new sensor is going to be 1-inch in size and uses Nonacell technology. It's expected to be used in a Xiaomi flagship phone that could launch as early as Q4 2020, while another two from OPPO and vivo will arrive in Q1 2021 along with the Snapdragon 875 chipset. No mention of Samsung flagship devices, but maybe the Galaxy S30 next year could have this camera sensor.

Rumor)
- Samsung, 150MP, Almost 1", Nonacell
- Limited to flagship pro models
- Xiaomi adopted in the Q4 of this year / Oppo, Vivo combined with SD875 in the 1Q of next year
(The rear design is almost similar)

For those who are unfamiliar with it, Nonacell tech is essentially a form of pixel binning. How it works is that it combines nine adjacent pixels into a much larger one. In this case, the rumoured 150MP sensor would give you photos of up to 16MP in max resolution. This method of pixel binning results in greater light absorption, so you'll be able to get shots with better detail even in low-light conditions.

Samsung has not made any official announcements in regards to this, so treat this as an unconfirmed rumour for now. With that said, what do you think about Samsung pushing for a continuation of the pixel war? Do the extra pixels really make a significant difference to you? Let us know on our Facebook page and stay tuned to TechNave.com for possible updates.