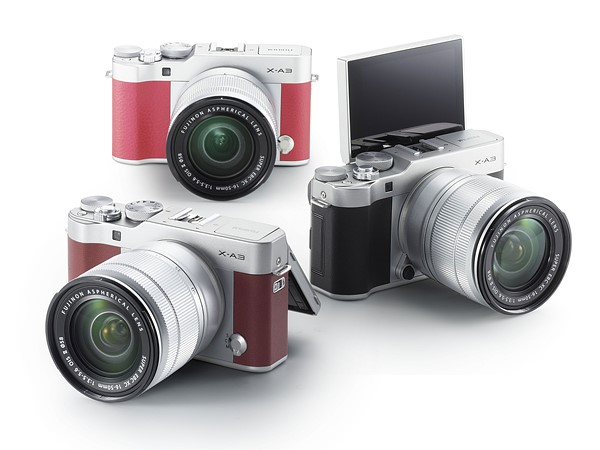 For those who want to up their selfie game, the new Fujifilm X-A3 may be your ticket. It is a new version of the entry-level model in its X-series of mirrorless interchangeable lens cameras.

The X-A3 improves on its predecessor with a new 24.2-megapixel APS-C sensor (but not using the X-Trans sensor), better autofocus, and a 3-inch screen that flips up 180 degrees — that is five degrees better than the predecessor model X-A2. The company has also added a smile detection feature and skin-tone improvements to make selfie shots better out of the camera.

For serious shooting, it comes with 77-point autofocus, 1080p/60fps video, Wifi, and the Film Simulation modes that is associated with Fujifilm, except for ACROS, which is found in its higher end models. The X-A3 will come bundled with the XC 16-50mm F3.5-5.6 OIS II lens in you choice of three colors: silver, brown or pink. It will be available in October at a price of $599 (~RM 2410).