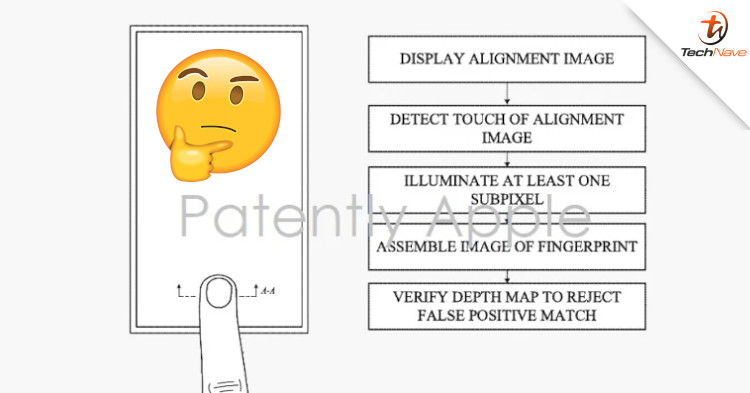 Based on a statement by gizmochina, it seems that a patent by Apple hints that future Touch ID implementations could utilize an infrared sensor under the display in order to act as a fingerprint sensor. While not much is known in regards to which iPhone will be getting the feature shown in the patent, the leaked info gives us an idea on how exactly the technology work.

However, do take some of the information with a grain of salt, due to the fact that Apple has yet to provide an official statement on the patent. Not only that, but there’s also no news on the Malaysia release date, local pricing, and exact tech specs of the smartphone that’s equipped with the feature as shown in the image. With all that said, what are your thoughts on the patent by Apple? Let us know on our Facebook page and for more updates like this, stay tuned to TechNave.com.