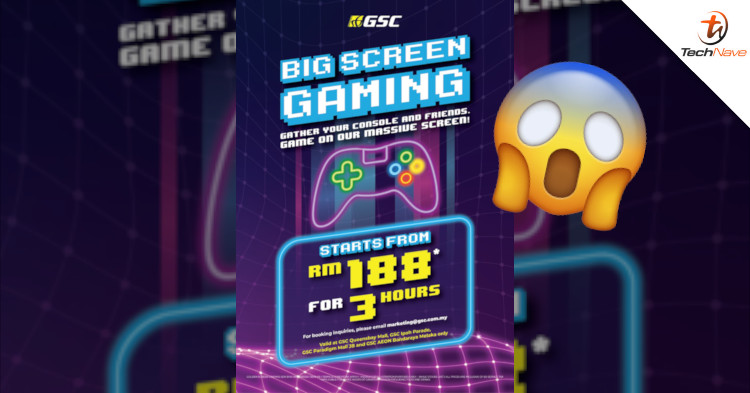 GSC has officially announced Big Screen Gaming on their Facebook page, where you can play console games at their cinemas starting from today onwards from the price of RM188. As of now, there are only 4 locations where the service is being offered such as the Queensbay Mall, Ipoh Parade, AEON Bandaraya Melaka, as well as the Paradigm Mall Johor.

In addition to being able to play on the big screen, you can also get a bunch of food and beverages at the counter to keep you energized during an intense gaming session with your buddies. However, it is best to note that the service is only limited to consoles, which means you’re out of luck if you’re a loyal member of the “PC Master Race” club. If you want to find out more information in regards to the GSC Big Screen Gaming, head over to their official Facebook page. 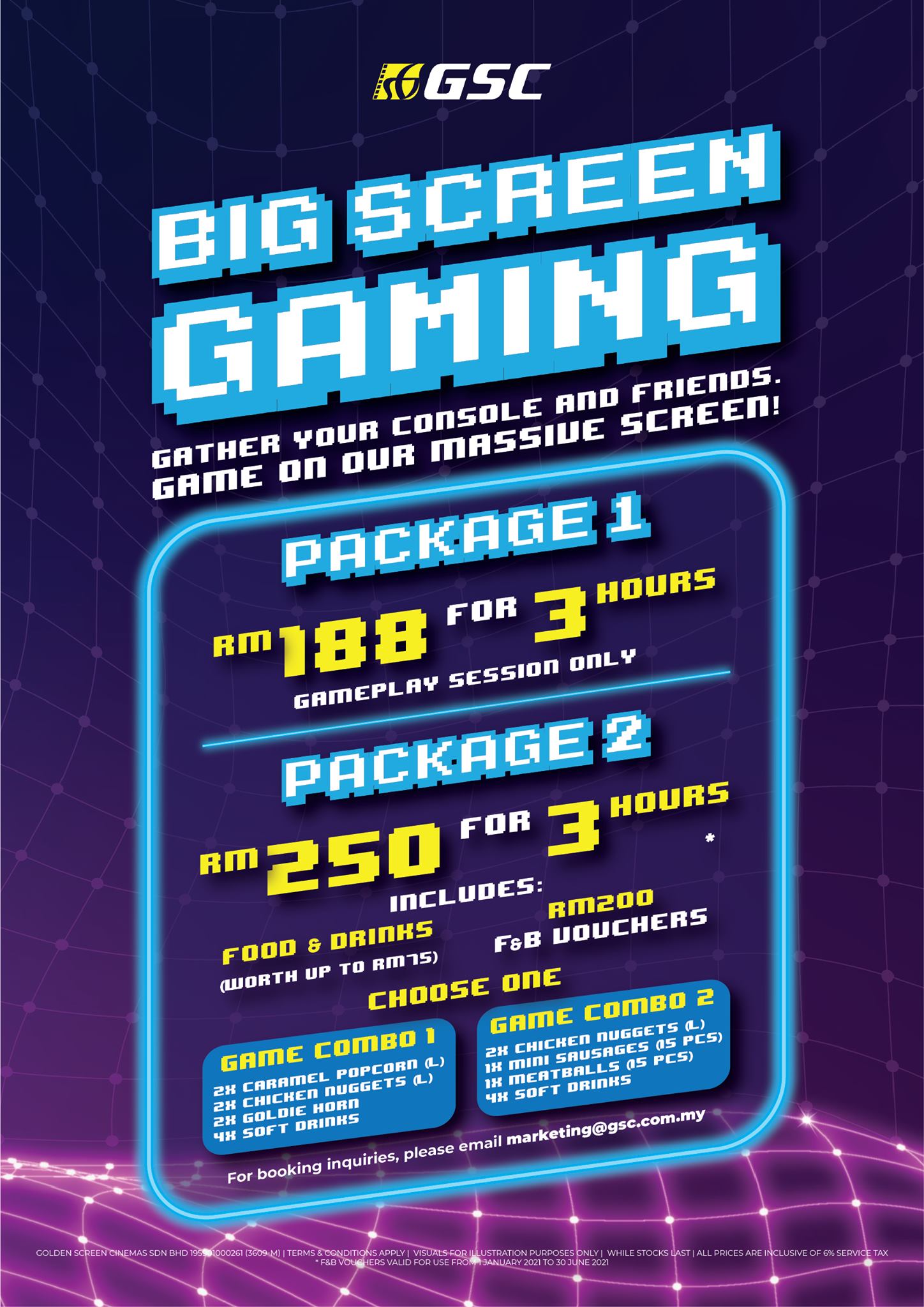 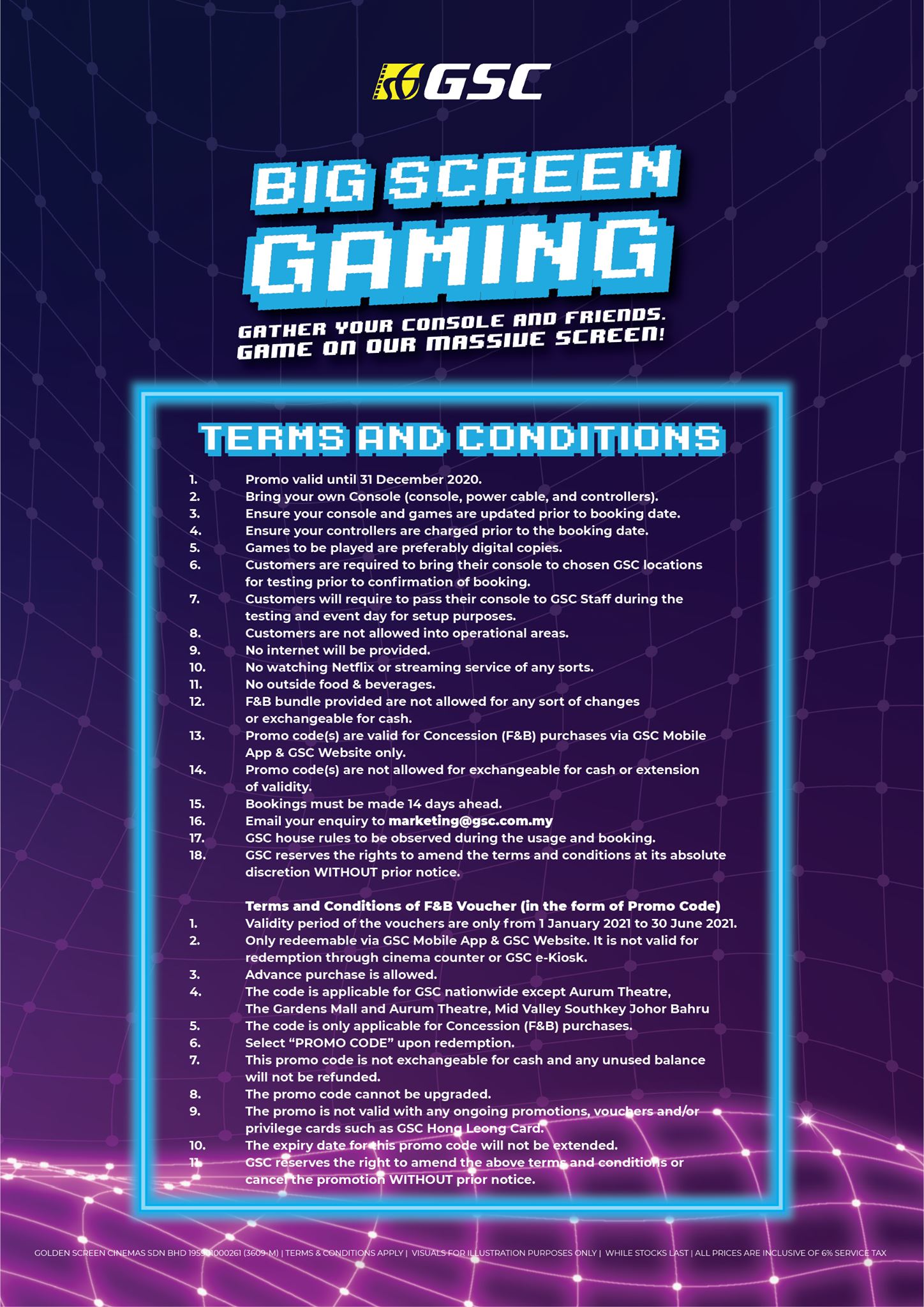 Would you be interested in trying out GSC’s Big Screen Gaming? Let us know on our Facebook page and for more updates like this, stay tuned to TechNave.com.