GTA: The Trilogy - The Definitive Edition now has a gameplay trailer and release dates 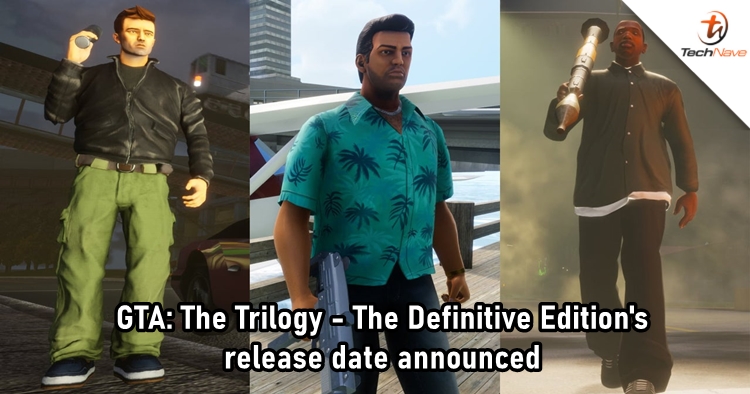 Although we're not getting the sixth instalment of Grand Theft Auto at any moment, it was still exciting to see Rockstar announcing the Grand Theft Auto: The Trilogy - The Definitive Edition. Today, the game maker has finally shared a gameplay trailer and gave us the release date.

The trailer shows how the graphics have been improved for the classics, including GTA 3, GTA: Vice City, and GTA: San Andreas. According to Rockstar, the remastered versions of the games come with a "completely rebuilt lighting system; improved shadows, weather, and reflections; upgraded character and vehicle models; along with new higher resolution textures across buildings, weapons, roads, interiors, and more."

At the end of the video, the release dates get revealed with 11 November for digital and 7 December for physical. It is coming to PlayStation 5, Xbox Series X/S, Nintendo Switch, PlayStation 4, Xbox One, and PC via the Rockstar Games Launcher. Rockstart has also fine-tuned the games for different platforms. For example, the Switch version will include gyro aiming alongside touchscreen support, while the PC version will support Nvidia DLSS. PS5 and Xbox Series X versions will display at 4K, with up to 60 FPS performance.

Are you excited about the release? Let us know if you're getting the game by dropping a comment and stay tuned to TechNave.com for more gaming news.