Current Location: Home > News > Get the Huawei P30 and other products from as low as RM11 during the Huawei Super Sales 11.11

Get the Huawei P30 and other products from as low as RM11 during the Huawei Super Sales 11.11 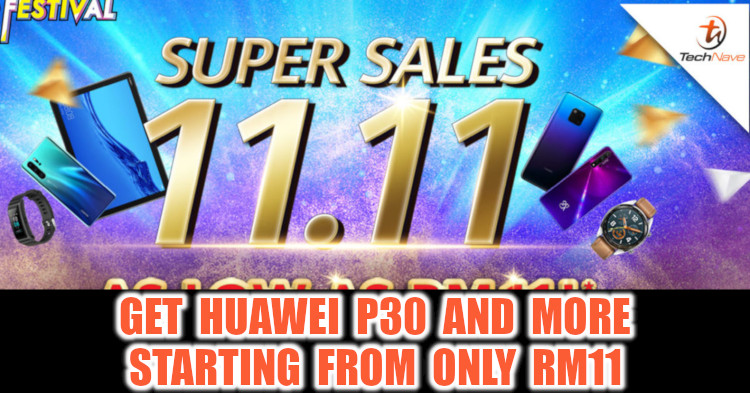 Huawei has announced that they will be hosting the Super Sales 11.11, where they will be offering Huawei products starting from as low as RM11. The campaign is expected to start from 1 November until 11 November 2019, and it will be held on Huawei’s official website.

With that said, the main highlight of the sale would be the Huawei P30, due to the fact that it is being offered for only RM1111 instead of the original price of RM2299. Other than that, there are other products such as the Huawei nova 4, nova 4e, Huawei Y5 2019, and more during the campaign as well. 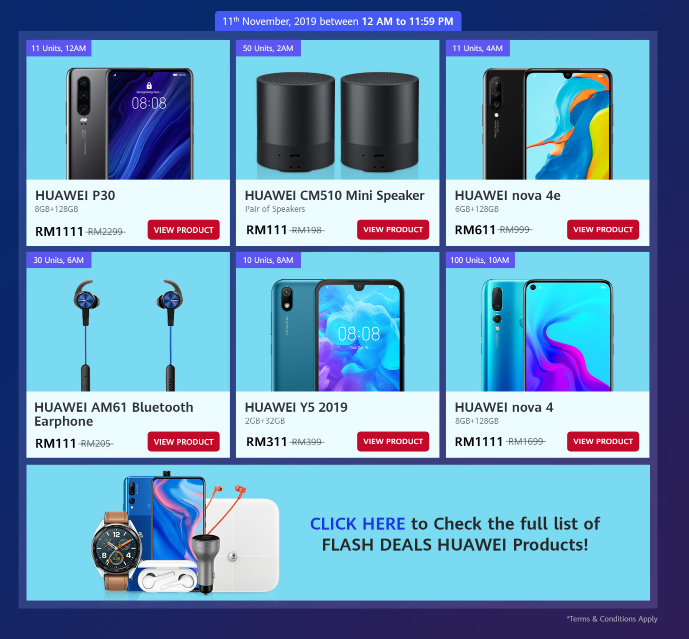 There is also the Huawei Mate 20 Pro, which is being sold during the campaign for only RM1699 instead of RM2599. Furthermore, the nova 3i and Huawei Band 4 going for the price of RM599 and RM89 respectively.

But that’s not all, during the Super Sale 11.11, Huawei also listed various products such as a 10000mAh SuperCharge Powerbank, Huawei AM116 Earphones, SuperCharge Wall Charger and more from only RM11. You can also get an additional RM100 which can be used on 11 November 2019, via the Huawei App Gallery. 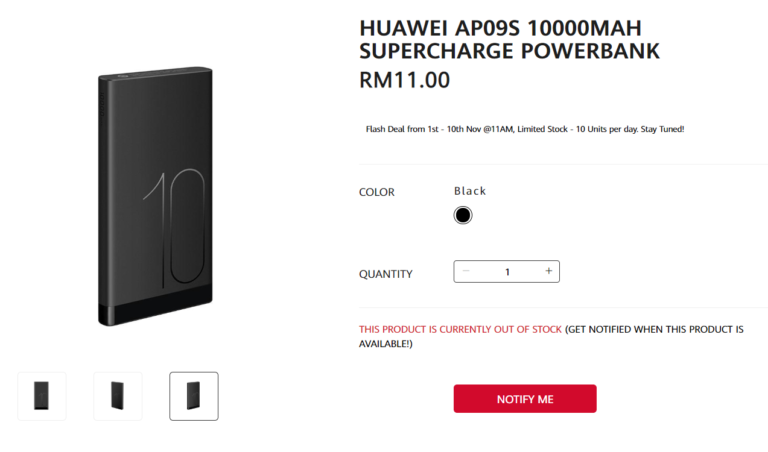 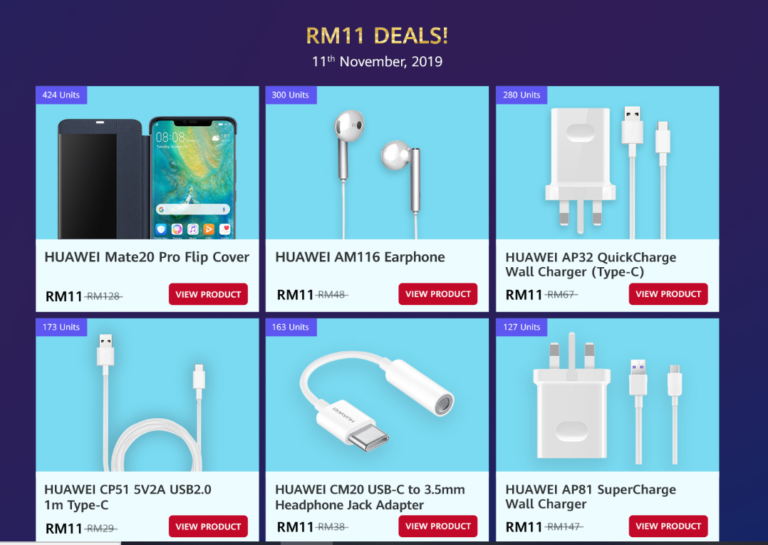 Head over to Huawei’s official website, if you are keen on finding out more info. Would you be purchasing anything from Huawei during the Super Sale 11.11? Let us know on our Facebook page and for more updates like this stay tuned to TechNave.com.