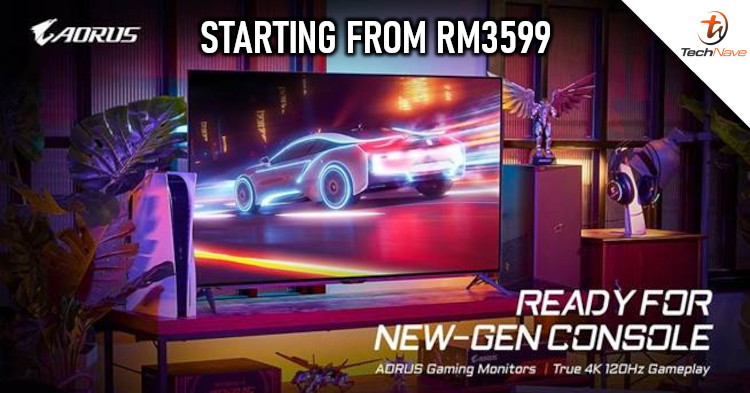 Gigabyte Malaysia has officially announced that they have unveiled the AORUS 4K gaming monitor geared toward console gamers starting from the price of RM3599. The AORUS 4K will be available in 32-inch, 43-inch, as well as 48-inch variant for you to choose from depending on what you prefer.

In terms of the specs, the AORUS 4K gaming monitors are equipped with a display that’s capable of achieving up to 144Hz refresh rate when hooked up to a gaming PC, or up to 120Hz when connected to a new generation gaming console such as the PlayStation 5 or the latest Xbox series. Other than that, it also comes with a 0.5ms response time in order to give you the most up-to-date visual information possible at 4K resolution.

In terms of the software, they’re all equipped with Aim Stabilizer, Black Equalizer, as well as Active Noise Cancellation built-in. If you want to find out more information regarding the gaming monitor mentioned, head over to Gigabyte AORUS’ official website.

With all that said, would you be interested in getting the AORUS 4K? Let us know on our Facebook page and for more updates like this, stay tuned to TechNave.com.