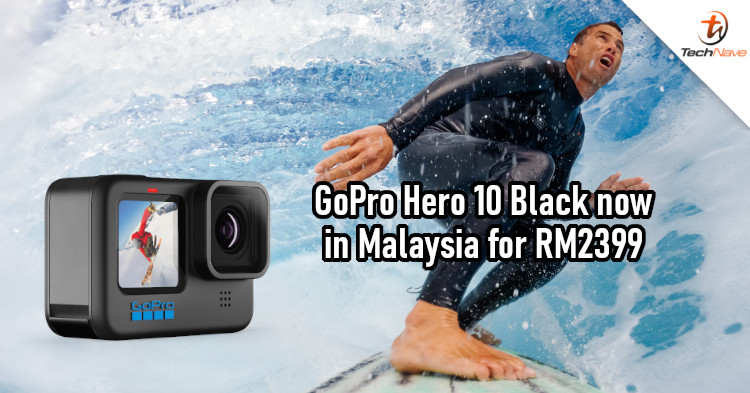 Earlier this week, a big leak revealed the features and estimated price for the GoPro Hero 10 Black. Considering the source, it was safe to assume that the launch would happen soon. The new action cam was just launched in Malaysia earlier today.

GoPro Malaysia has confirmed that the GoPro Hero 10 Black will be coming to local stores. As mentioned in the previous leak, the new model comes with a new GP2 processor that improves performance, especially in low-light environments. It also has an upgraded 23MP camera sensor that can record videos with resolutions of up to 5.3K at 60FPS. You could even capture slow-motion videos at 4K/120FPS or 2.7K/240FPS. Besides the above, GoPro has also upgraded its stabilisation technology to HyperSmooth 4.0. The Hero 10 Black will also support 1080p live-streaming, automatic uploads, webcam on PC, and more. You could even upload videos to cloud storage, though that requires a GoPro Subscription. However, this service is currently unavailable here.

The GoPro Hero 10 Black will retail in Malaysia for RM2399, which makes it pricier than last year's model. The GoPro Hero 9 Black is getting a small discounted to RM1979, so that might be a better option. What do you think? Let us know in the comments, and stay tuned to TechNave for more news like this.