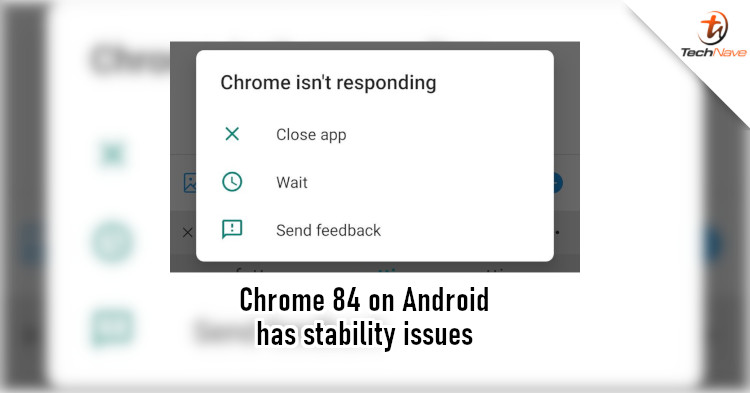 Is Google Chrome crashing and freezing constantly on your Android phone all of a sudden? Well, the browser doesn't seem to be very stable at the moment. Based on reports and reviews on the Google Play Store, the mobile browser has been giving problems lately and it all started to happen after the update.

According to Android Police, the update of Google Chrome to version 84.0.4147.111 may have brought stability issues to the app. It now freezes or crashes intermittently, with some users claiming that it happens most often when trying to close their last incognito tab. The stability issues don't seem to have a main culprit, however, as various users have reported it crashing or freezing for no apparent reason. Thanks to crash reports from users, Google is already aware of the problem so we can expect a fix soon. For now, you can try installing a different browser or Chrome beta if you need your bookmarks synced. Do keep in mind that the beta version of Chrome may just be as unstable.

So, has anyone of you been experiencing problems with Google Chrome on Android or maybe even PC? Let us know on our Facebook page and stay tuned to TechNave.com for more tech news like this.