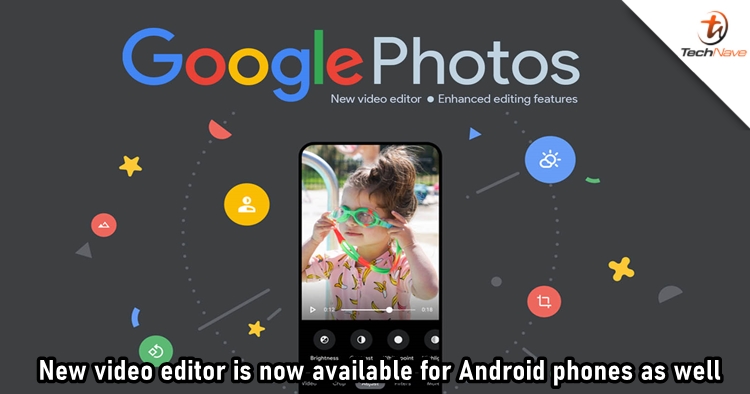 Google has brought some advanced video-editing features to the Google Photos app today for Android phones. The features which were only available to the iOS version of the app previously are now arriving for Android users as well with a server-side update.

As announced in February, Google will be making a few changes to the Google Photos service later this year. Starting with the new update, it will bring several video editing tools include over 30 controls, covering everything from cropping, filters, and color grading options like adjusting contrast, saturation, and brightness.

Not only introducing these video-editing features, but the company also said it would be bringing some machine-learning powered editing tools previously exclusive to Pixel devices to other Android phones as well. However, the latter will only be available for Google One subscribers.

Earlier, the company has also stated that they will end the unlimited free photo storage and ask users to pay for storage beyond 15GB. Therefore, it looks like the app is getting more powerful but users also have to pay to enjoy some of the upcoming features.

Let us know what you think about these new features for Google Photos on our Facebook page. Stay tuned to TechNave.com for the latest tech update.