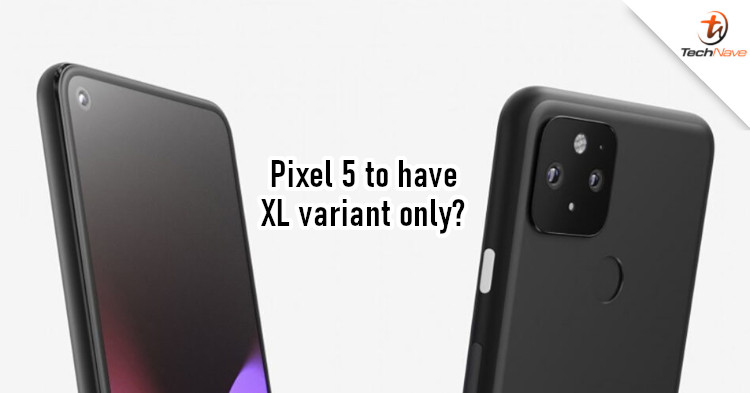 A few days ago, the existence of the Google Pixel 5 was confirmed when it was found on AI benchmark. Some of the phone's tech specs have already been revealed, but there's a lot more that we don't know yet. It's rumoured that the phone may be available for pre-order on 8 October 2020 and now a new leak claims that its price has been determined.

-According to information I have been provided....

However, while the Pixel 4 XL sports a flagship-class Snapdragon 855 chipset, the Pixel 5 XL is expected to be equipped with a Snapdragon 765G chipset. Sure, the Pixel 5 XL will have the advantage of 5G connectivity but that's at the expense of a weaker chipset. So, is a reduction of USD 100 (~RM420) enough to justify the change? Maybe if there's a regular Pixel 5 variant at USD 599 (~RM2514), but the rumour claims that we'll only get the XL variant this time.

If you were planning to import it, you'll want to keep the above info in mind and do keep in mind that it hasn't been verified so do take it with a grain of salt. Having said that, would you consider getting the Pixel 5? Let us know on our Facebook page and stay tuned to TechNave.com for more news.