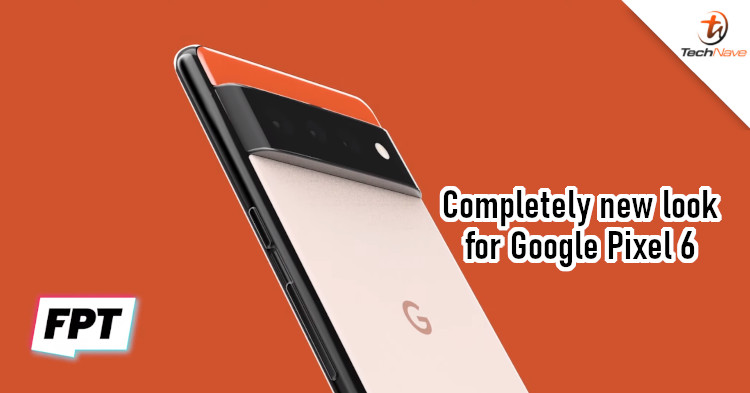 For the last few years, Google has stuck with similar designs for its Pixel series smartphones. But that may finally be changing this year with the Google Pixel 6. Jon Prosser has revealed renders of the device that's set to be announced at Google I/O 2021, and it looks pretty good.

Based on the renders, the Google Pixel 6 will see a departure in the design language from the Pixel 5. Instead of the plain mono colours from before, the new model sports a black camera block, orange horizontal stripe, and a white back cover. The front has changed as well, with notably thinner bezels and the front camera moved to the top-centre.

Speaking of the cameras, the Pixel 6 is expected to have a dual-camera setup, while the Pro variant will use a triple-camera setup at the back. What's different is that the cameras are no longer aligned in a square block on the top-left. Instead, they're aligned horizontally across the top. The renders also seem to indicate that the phone will come with an under-display fingerprint sensor.

Prosser has a decent track record with Google leaks, but please take the news with a grain of salt. It's good to see that Google is serious about its phone business, but what do you think about it? Share your thoughts in the comments, and stay tuned to TechNave for further updates on this.