Current Location: Home > Reviews > HONOR 20 Pro review - The quad-camera smartphone the masses have been waiting for 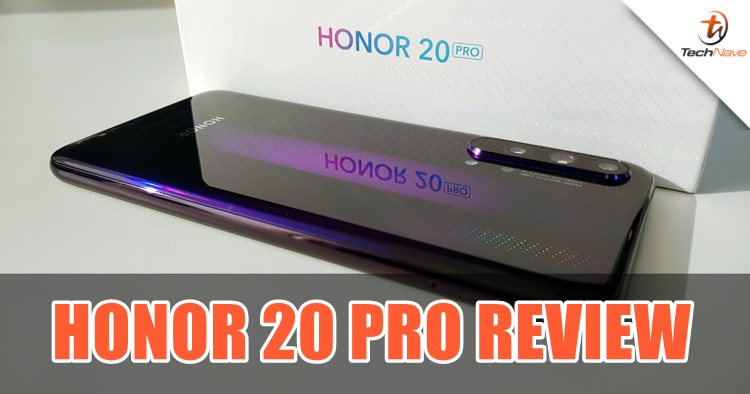 First there's the HONOR 20 Lite, then came along the HONOR 20. Now we are going to complete the HONOR 20 series review trilogy with the HONOR 20 Pro. After a much-delayed launch due to the Google service issue, the pro variant is finally launching and like many consumers, this is the one that most of us have been waiting for.

By all means, I'm not saying this is a perfect smartphone. But if you're curious, read on below to find out all the pros and cons of the HONOR 20 Pro.

So previously on the HONOR 20 review, I mentioned that the design looks nice but there's nothing much to go in awe for since it's so common for smartphones to look like that now. Thankfully, I won't be saying the same for the HONOR 20 Pro. The back design is quite simple, sharing the same gradient colour combo but it's more "mystical" due to the darker shade transition on the top and bottom. Although there are many phones using a gradient design, none of them are quite like the HONOR 20 Pro and it's beautiful in its own way. 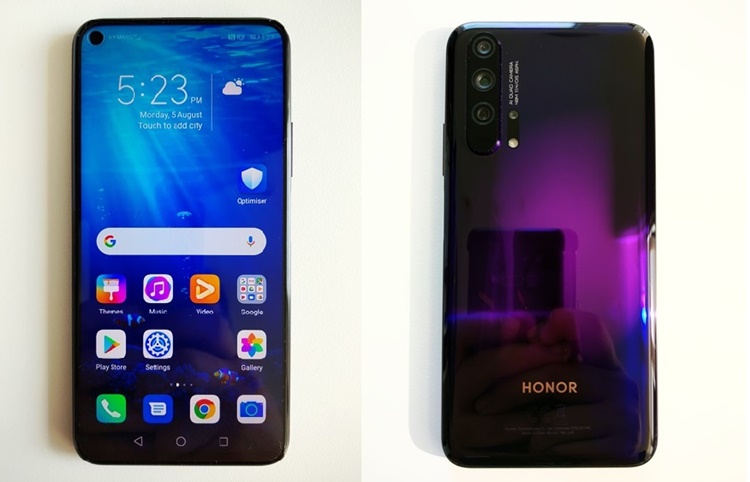 Here's how the Phantom Black (really, that's the official name) looks like, nothing too different 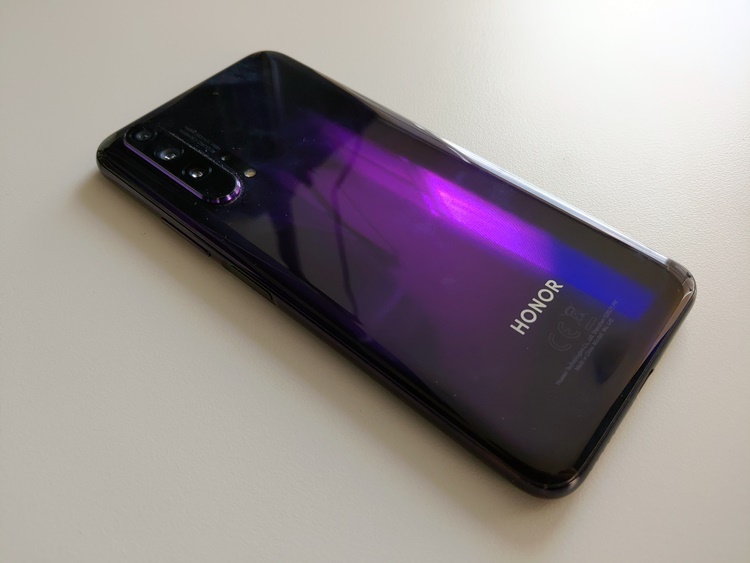 The Phantom Black mainly displays ultraviolet reflection, depending on which angle you're viewing 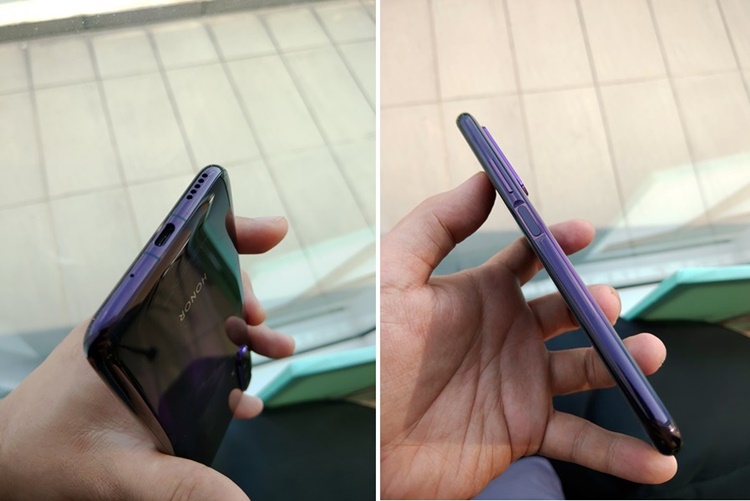 No changes to the USB Type-C port and speaker grills at the bottom, likewise for the volume and power/fingerprint sensor on the right side 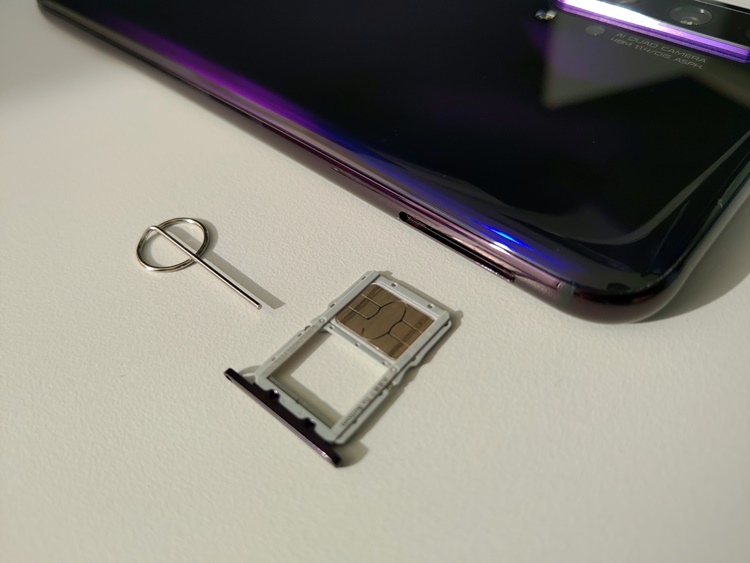 I do have a question for HONOR, though. Why do they give such a weird name for the colours? The model in this review is called Phantom Black but the majority of the colour is purple (and some blue from different angles), same goes to the Phantom Blue but using green instead. Perhaps it's referring to the hidden colours and shades, but the phone still looks eye-catching nonetheless.

Here are the tech specs of the HONOR 20 Pro: 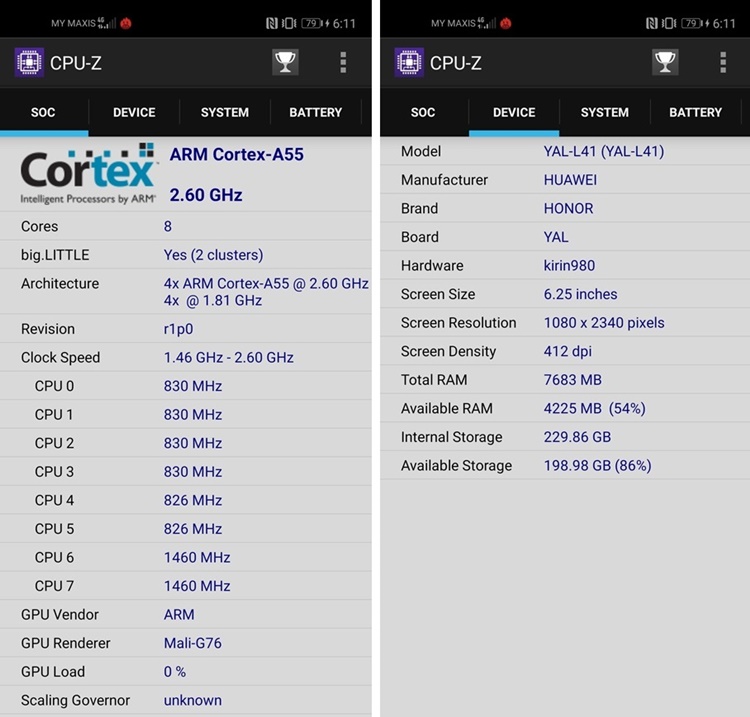 As a pro variant, the HONOR 20 Pro has some advantages over the HONOR 20 (obviously). The change is minimal, but if you must know - it now has an 8MP telephoto lens on the quad rear camera module (replacing the 2MP depth sensor), the RAM is bigger too with 8GB, so is the storage with 256GB and a 4000mAh battery pack. Everything else remains the same.

If you're well versed in the gadget realm, you would probably think that this is exactly the same camera setup as the Huawei P30 and that's because it is. So that means for the telephoto lens it has the same Optical Zoom 3x, Hybrid Zoom 5x and Digital Zoom up to 30x. However, just like the P30, the digital zoom is not that useful during the day time as the photo quality is rather fuzzy. More on that later. While the quad rear camera only changed one lens, but it has another advantage - a 4-Axis Optical Image Stabilizer hanging out in the main and telephoto lens. Not only is this great for mobile photography, but also for recording videos, especially when combined with the EIS or Electronic Image Stabilizer. In short, this is perfect for vloggers who like to record daily for their social media. You can check out our vlog trip in the video above.

I mentioned that the HONOR 20 Pro and HONOR 20 are more or less the same, so this pretty much applies to the performance section as well but it is slightly better thanks to the extra 8GB RAM and 4000mAh battery boost. That means it can easily go through the day without charging (provided you're not gaming or not using the GPS heavily), and gaming actually feels a bit smoother as well if compared with the HONOR 20. You can see the video below to be the judge.

The game tends to lag for a moment when spinning but otherwise, it's fine. Battery heating isn't an issue too 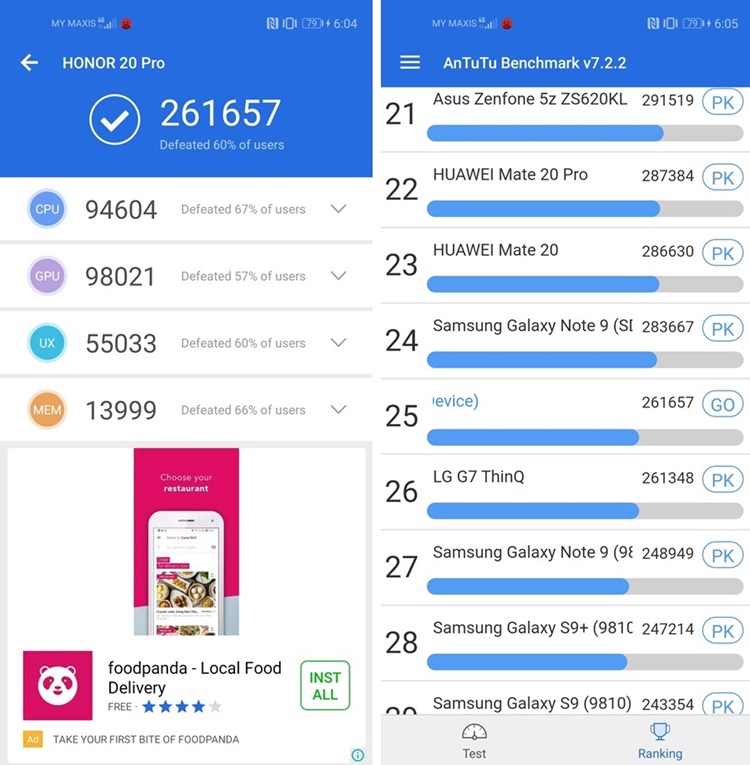 Sitting comfortably at the 25th spot, it could be better but good enough for daily usage anyway

The graphics test is a mixed bag, the HONOR 20 Pro scores well at the OpenGL ES 3.1 but not so much for the Vulkan part 30 minutes of Asphalt 9 drained the battery by 9%

On other features performances, there isn't much to nitpick about. The sound, network call and connection are working well, so all that's left now is the camera performance. Daytime shots can be a bit tricky since the HONOR 20 Pro has an F/1.4 aperture on its main sensor and as a basic rule of thumb, the bigger the aperture, the more light goes into the sensor. If you're not careful with your shots, most of your daytime shots can look overexposed with too much light. If you want, you can manually lower the light sensitivity by 0.5 for the closest colour representation.

Once you know how to play around with the camera, the photoshoots are out of this world especially for low-light environments and if you're a photography enthusiast, you're gonna have a lot of fun time! This applies to the Portrait Mode as well which we just loved using during our photography spree. Check out the photo samples we took from Japan and Kuala Lumpur! 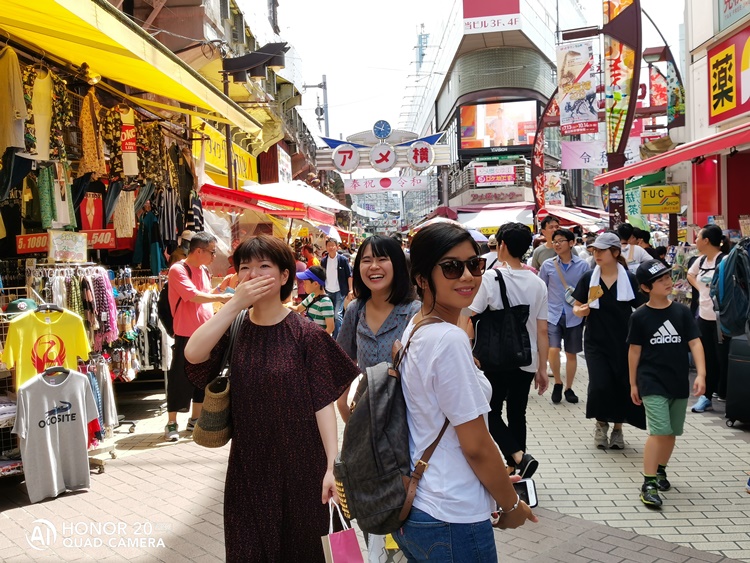 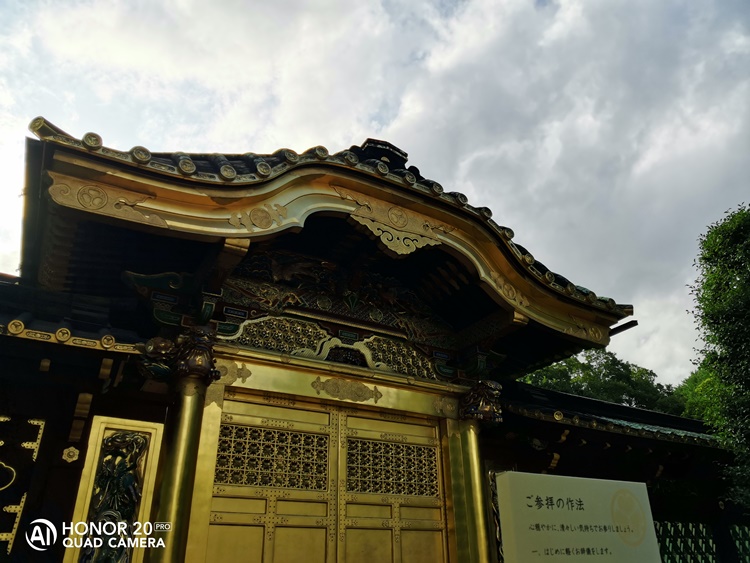 Used a super wide-angle shot for this, the gold platings didn't wash out so much 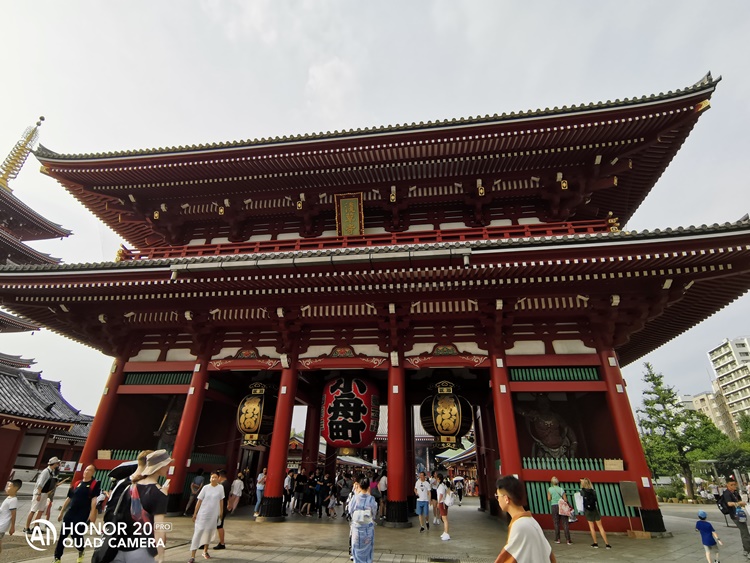 Super wide-angle shots for big temples like this is useful 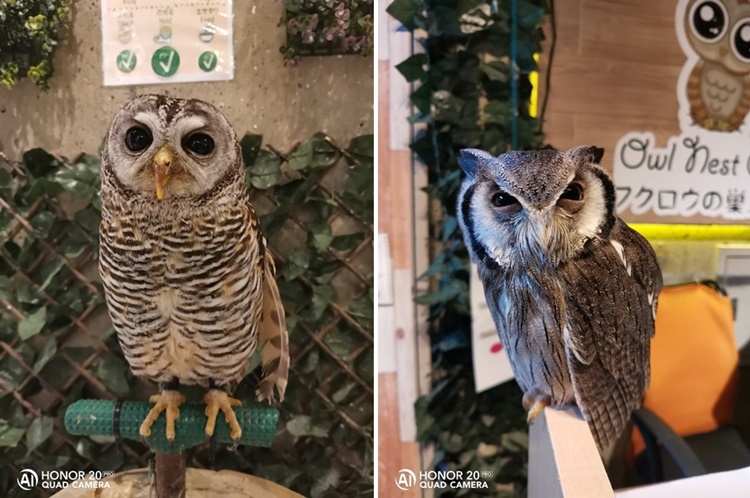 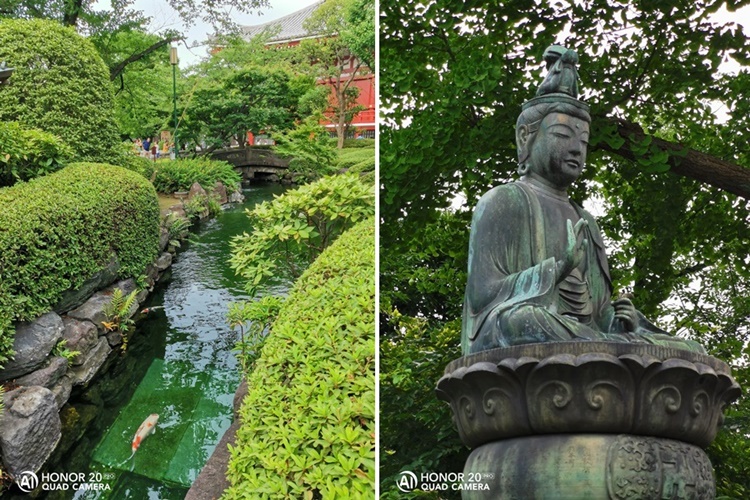 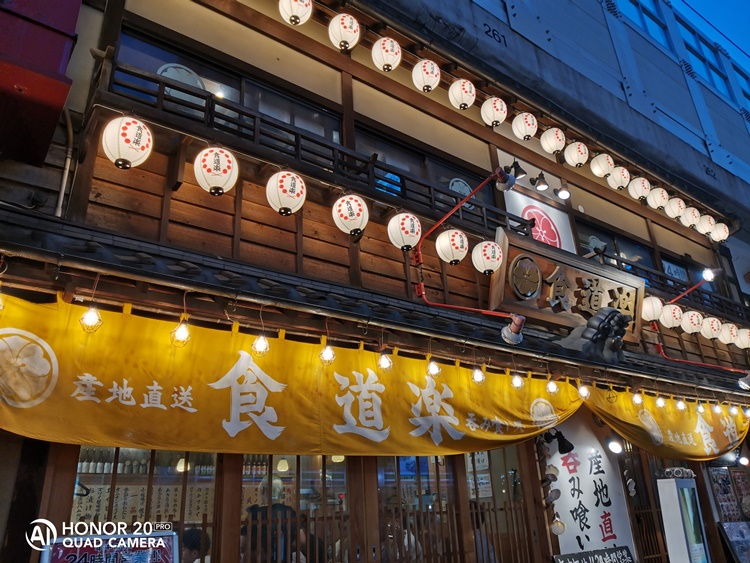 The dynamic range in a low-light setting is quite balanced, nothing too bright nor dark 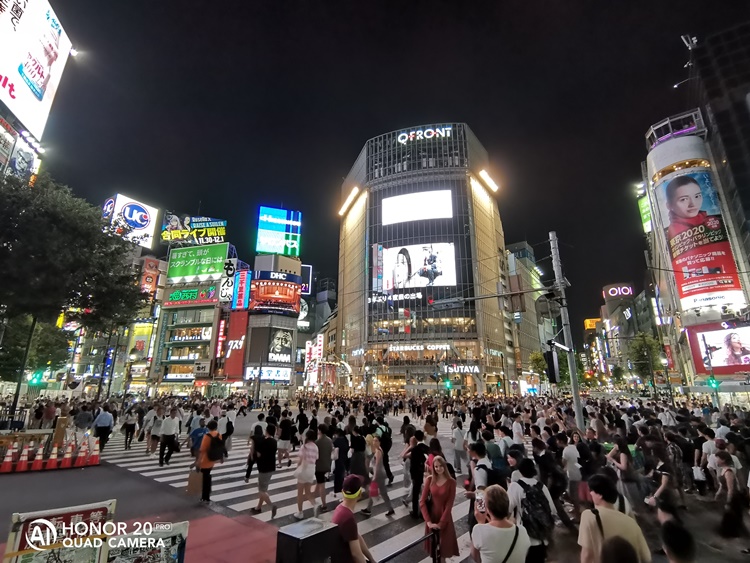 Super wide-angle shots at night are just average, though, you can see the colours are a bit washed out 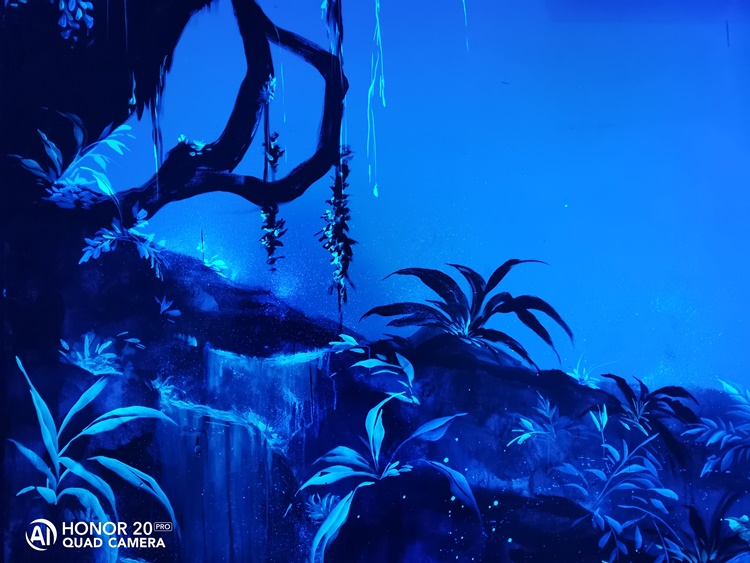 However, if you use the main sensor, this is where the phone truly shines (and that's just a painting on a wall) 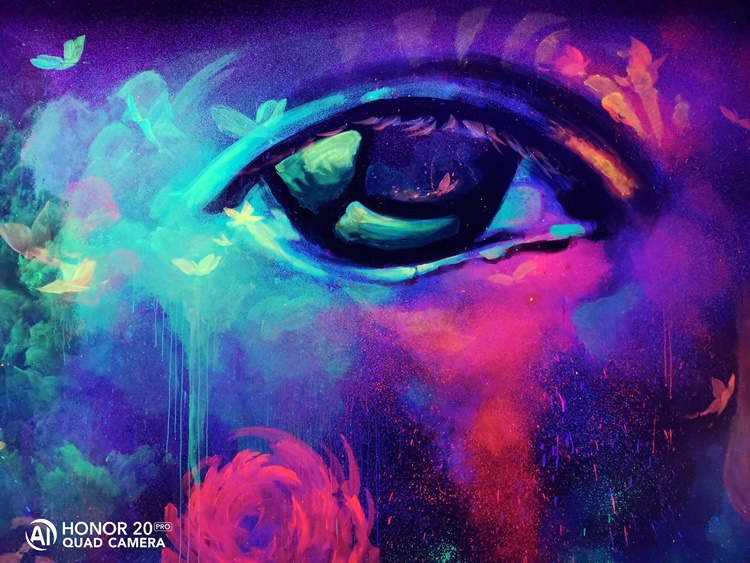 Taking some illuminated gravity wall shots inside a dark room 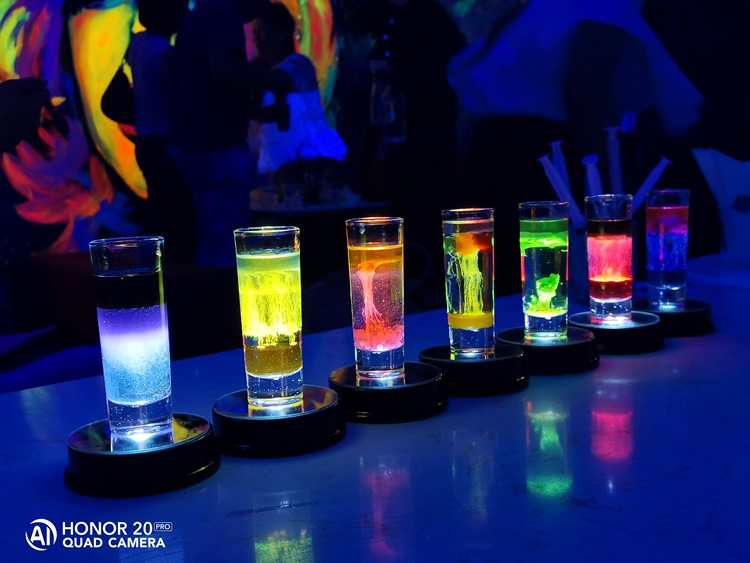 Quite good and detailed even in low-light shots 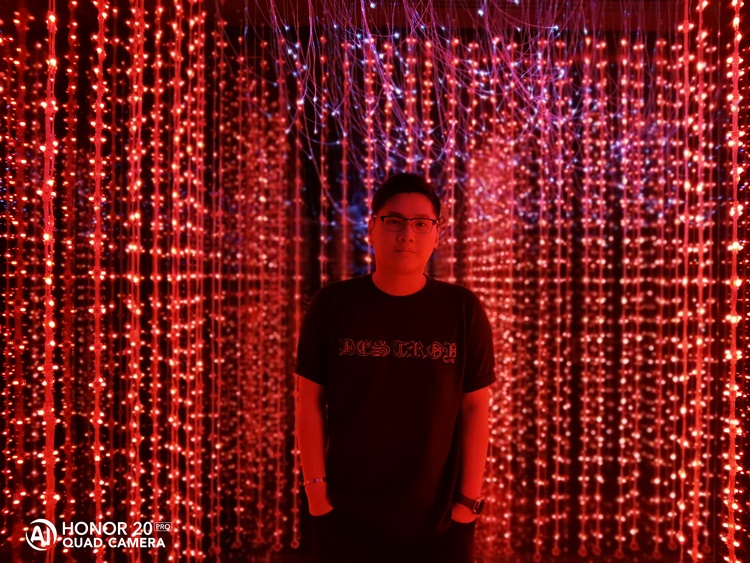 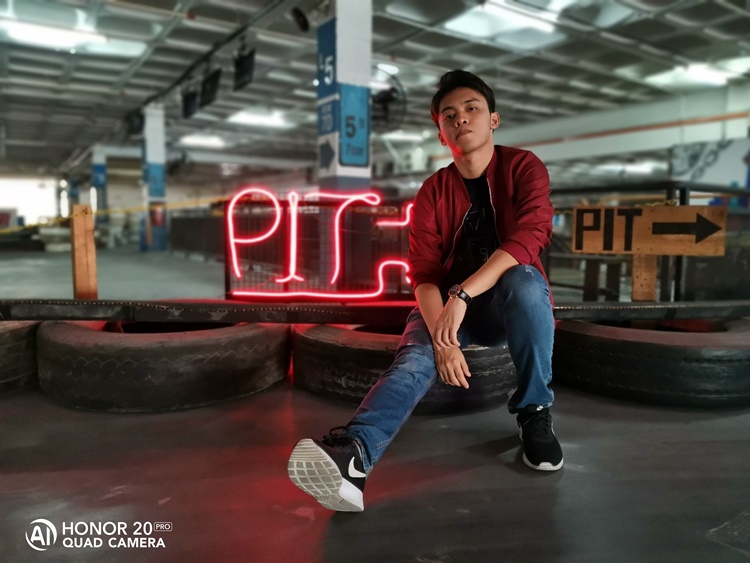 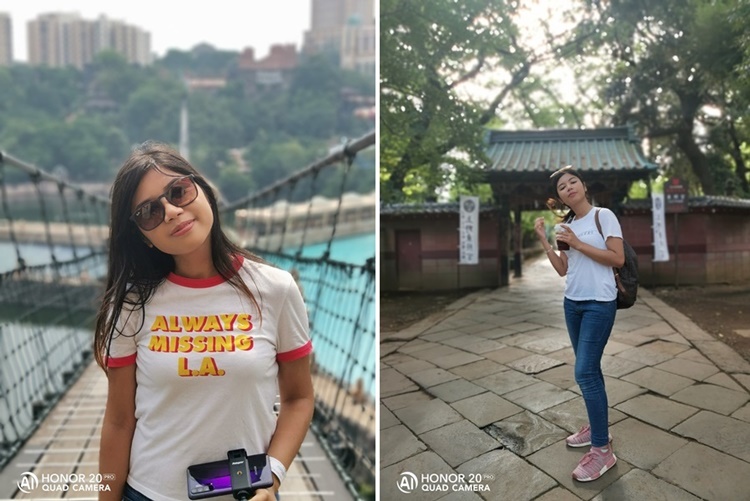 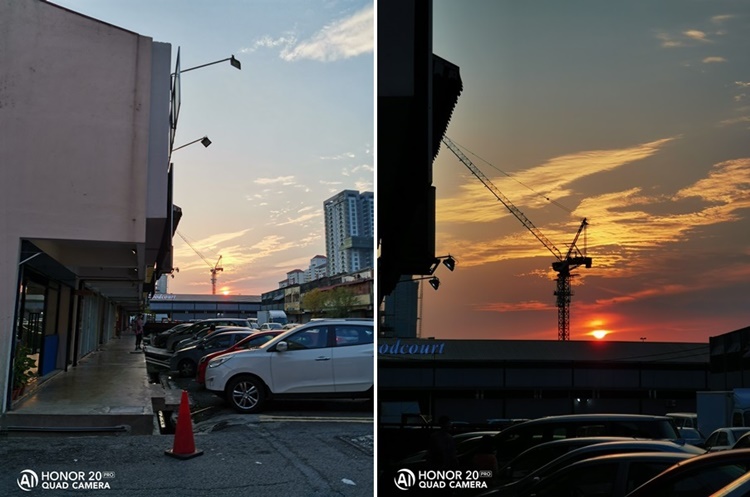 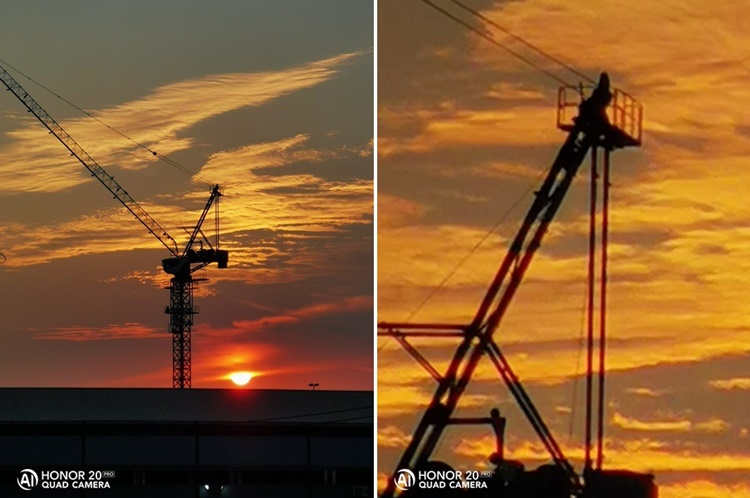 Hybrid Zoom 5x (left) and Digital Zoom 30x (right) which is rather disappointing, only good for night shots

Conclusion - The quad-camera smartphone that we all been waiting for

If you like the HONOR 20, then you will LOVE the HONOR 20 Pro more. Coupled with the mystic design, gaming and battery performance, photography and videography potential. I personally think the HONOR 20 Pro is more suited for people who are in the lifestyle business (like vloggers) and the RM2299 is just at the right pricing. [Update] Given 113 points by DxOMark (originally it was 111, but due to better wide and night scores from additional testing), it's certainly a powerhouse camera phone that most consumers can utilize, particularly in low-light photography and portrait modes. Even though I didn't take most of the photos, I really enjoyed looking at the photos taken by my colleagues.

As far as competition goes, other flagships with similar features such as the OPPO Reno 10x Zoom (RM3399), Samsung Galaxy S10 (RM3299) and the OnePlus 7 Pro (RM2999) all lose out on the affordability of price. But performance is another story, though. The Reno 10x Zoom has a superior zoom-in photo quality, the Galaxy S10 also has an amazing super wide-angle camera (perhaps even better) and the OnePlus 7 Pro's gaming capability is obviously stronger. The Huawei P30 has the same price as well, but I'd rather get the HONOR 20 Pro for extra camera features and a cutout front camera design. In the end, it all comes down to your preference of price vs performance.

The HONOR 20 Pro pre-order has already begun and will officially start selling on 15 August 2019. Do you agree with our review? Let us know in the comments below. Thanks for reading and stay tuned for more smartphone reviews at TechNave.com.