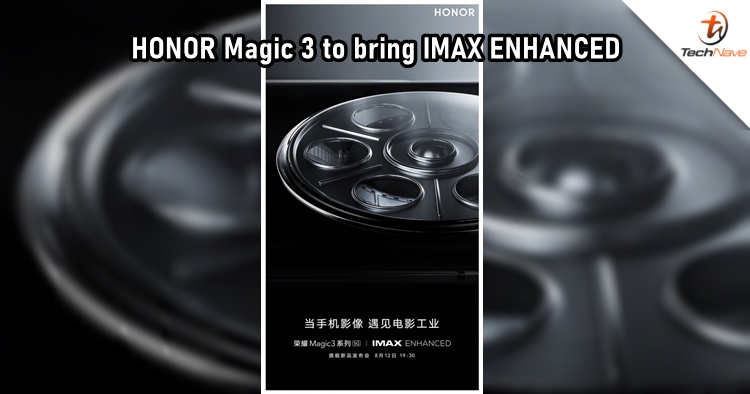 The HONOR Magic 3 will grace us with its presence on 12 August as the first premium flagship smartphone series from HONOR after being sold off. Before that happens, the device has been the talk of the town with exciting rumours appearing. Today, the company has released another official teaser poster, confirming that the Magic 3 will support IMAX ENHANCED.

Many films are released in IMAX format nowadays to offer a better cinematic experience compared to those that are shot using standard cameras. Therefore, with a feature that carries the IMAX label, it must mean that the Magic 3 will be able to shoot high-quality movies. Other than the feature, the latest teaser poster also reveals the device's ring camera design. 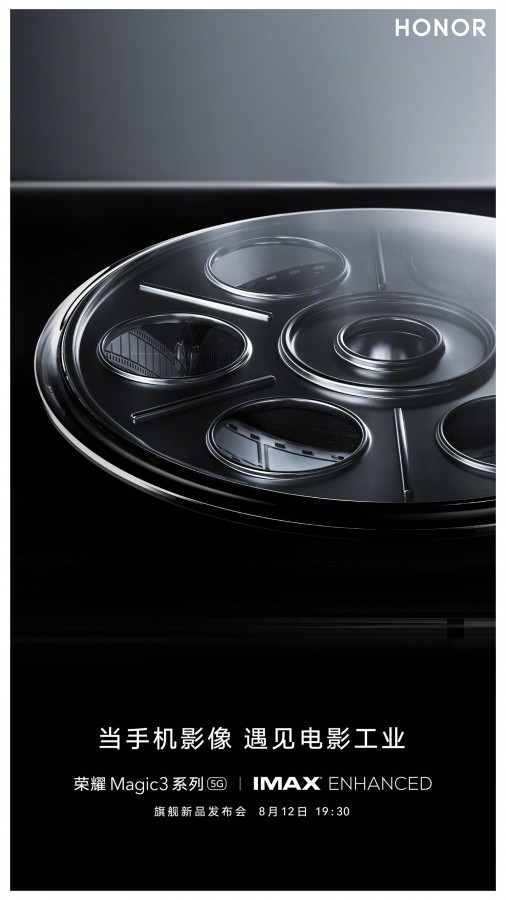 It looks like HONOR is striving to bring the best smartphone camera with the upcoming Magic 3. Previously, CEO Zhao Ming mentioned that the series would be "really powerful" due to AI. Not just for the cameras, other things like privacy and security, mobile phone performance, operating system algorithms, and various audio processing capabilities will also be enhanced with the technology.

What do you think about the news? Share your thoughts with us on our Facebook page and stay tuned to TechNave.com for more exciting smartphone news.