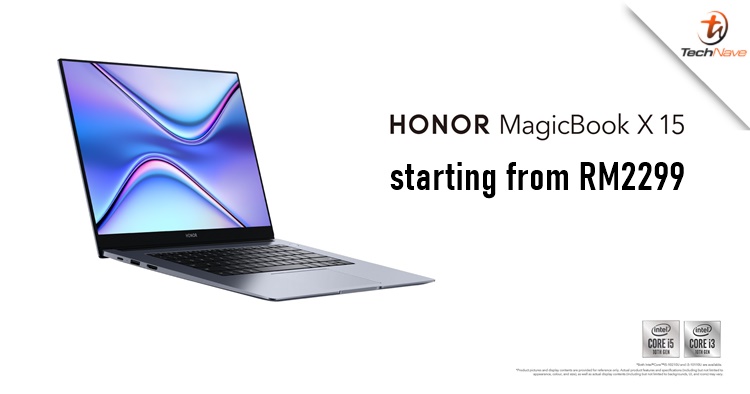 Today, HONOR Malaysia officially announced the arrival of the HONOR MagicBook X15 series. Scheduled for 19 June 2021, the laptop will come with a starting price of RM2299. Compact and lightweight (1.56kg only), it is equipped with a 15.6-inch display that is TÜV Rheinland certified as well as a 56Wh battery with a 65W fast charge support. Other notable features include the two-in-one power/fingerprint button and the trademarked multi-screen collaboration function which is doable on an HONOR or Huawei phone.

Anyone who purchases either one of the laptops at the HONOR Experience Store, Shopee HONOR Official Store and authorized dealers during the first sale period will receive a backpack and wireless Bluetooth mouse on a first-come-first-served basis. Only the i5 model will have both while the i3 comes with the backpack only.

In conjunction with the launch of the HONOR MagicBook X15 series, the Shopee HONOR Official Store will hold a special promotion on 19 June where purchasing HONOR laptops and smart wearable products come bundled with gifts. You can refer to the table below and stay tuned for more trending tech gadget deals at TechNave.com: