Current Location: Home > News > HONOR Malaysia wants to offer a one-day promotion for the 7X and View10 starting from RM599 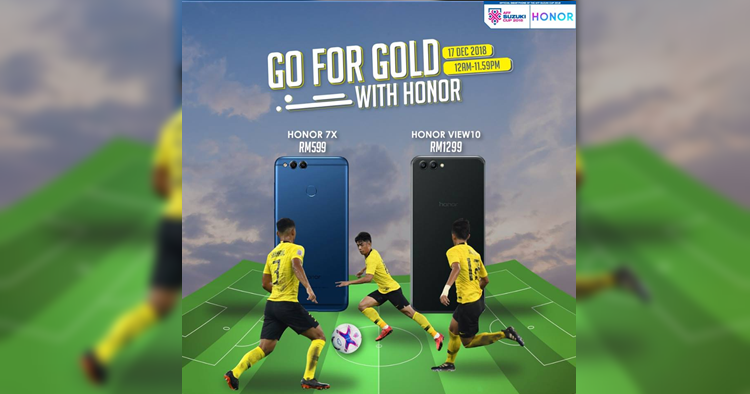 In conjunction with the 2018 AFF Suzuki Cup, HONOR Malaysia is seriously considering a one-day promotion period. Should if the Malaysia football team win the finals against Vietnam,  the company will keep their promise and offer all Malaysians some exciting deals of the HONOR 7X and View10 for a new promo price of RM599 and RM1299 on 17 December 2018.

Moreover, if you are crazy enough to get the two smartphones, the special bundle consists of two 7X units and a View10 unit at just RM2457 (combining all three will be RM3297). Also, besides that special bundle promotion, fans can also get exclusive HONOR accessories at just RM1. Below is the official list of accessories:

The finals between Malaysia and Vietnam will be held at Mỹ Đình National Stadium, Vietnam on 15 December 2018. Be sure to watch it live and support our home country!