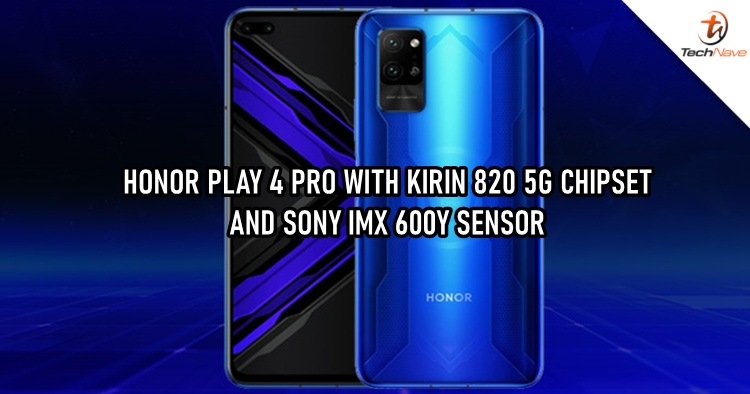 The HONOR Play 4 Pro is a device that sports a gaming-centric design with accents running across the body. It is said that the device will be featuring HiSilicon's Kirin 820 5G chipset, which makes it on the same level as last year's flagships. Other than that, it will also have a battery that supports 40W fast charging. The device is said to run Android 10 with Magic UI 3.1 out of the box as well.

For photography, the HONOR Play 4 Pro might disappoint you a little as it doesn't come with a quad-camera setup or even a triple one like most of the other smartphones nowadays. Instead, it will only have two cameras at the back. However, one of them will be using the Sony IMX 600Y 40MP sensor, so you still can expect a good performance from it. For selfie, there will be two front-facing cameras sitting in a pill-shaped cutout on the LCD. The device will also have its fingerprint sensor integrated with the power button at the side for security.

Furthermore, it will also come in two colourways that are Magic Night Black and Mecha Blue, and above are the only things that we know about the device for now. Let us know what you think about the HONOR Play 4 Pro on our Facebook page. Stay tuned to TechNave.com for more latest smartphone updates.