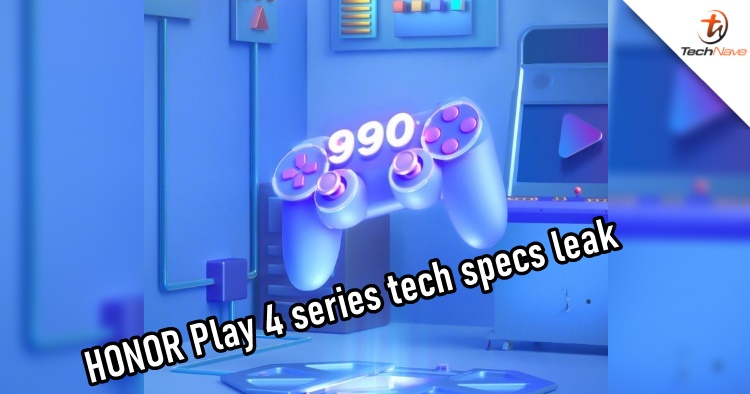 The HONOR Play 4 series will be unveiled pretty soon today from China but before that happens, a short video promo and some posters got released revealing some more tech specs tidbits. According to the new materials, both the HONOR Play 4 and Play 4 Pro will be featuring high-end tier chipsets.

Yup, if you know your chipsets, that means the HONOR Play 4 Pro variant will be equipped with the Kirin 990 chipset. Compared with the predecessor, this is a pretty huge jump considering that the series was using upper mid-range tier tech specs like the Kirin 810 chipset. That being said, it's also possible that the price will probably be more expensive than expected. On the other hand, the vanilla Play 4 will feature a MediaTek Dimensity 800 chipset. This is also a fairly new chipset which will support 5G just like the Kirin 990 chipset. On top of that, both phones were teased to come with a fast-charging technology and of course, the temperature scanning that is already confirmed by the company.

The video further confirmed that there's a 64MP Matrix camera with RYYB filters, which is clearly following the footsteps of the Huawei P30 series. We will know all the details soon later in the afternoon, so stay tuned for the official coverage at TechNave.com.