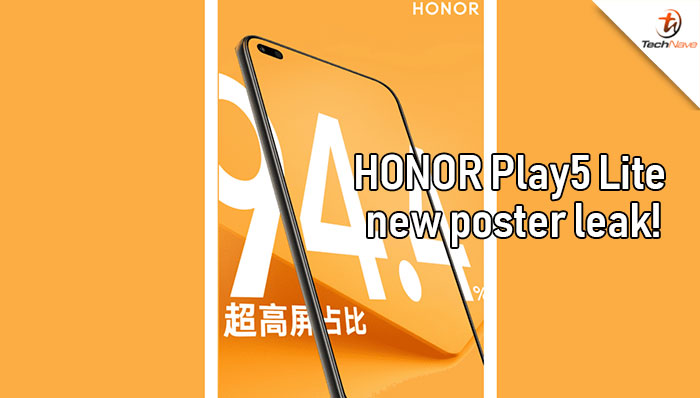 HONOR is not done with new smartphones yet, the company is now gearing up to introduce the new upcoming HONOR Play5 series on 25 October which will be named the HONOR Play5 Vitality Edition or Youth Edition, or Lite. Today, the company has unveiled the new posters with its design ahead of the unveiling.

According to the new poster, it confirmed the HONOR Play5 Vitality Edition will come with a pill-shaped camera cutout which is a relatively old design that HONOR still betting on it. It is also expected to have a main camera + AI camera combination. The display has quite thin bezels with screen to body ratio of around 94.4% and expected to be a 6.53-inch OLED display.

It is expected to be powered by the Dimensity 800U chipset coupled with 8GB of RAM and up to 256GB of storage. As for the battery, it may come with a 3800mAh battery with 66W fast charging support. There are also new posters for the upcoming HONOR X30i and HONOR X30 Max too with some new upgrades with a 90Hz refresh rate display, Dimensity 810 chipset, and 22.5W charging.

As of now, there’s still no official confirmation on the tech specs and official release date for Malaysia yet, so do take this with a pinch of salt and stay tuned for more tech news updates on TechNave.com