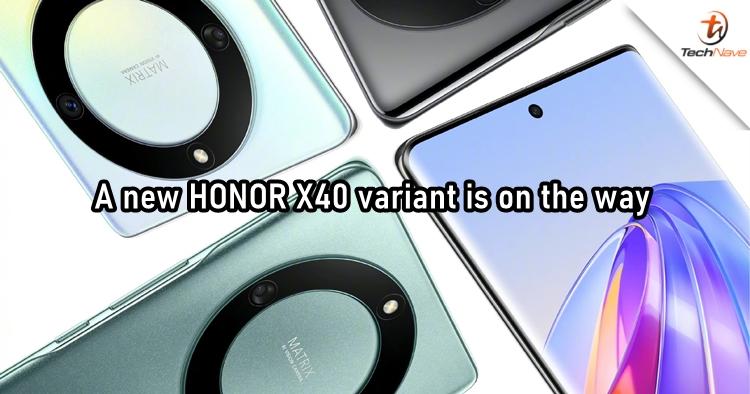 Not long ago, HONOR announced the X40 series in China and confirmed that there would be a more powerful variant with a different name coming to Malaysia. Before that happens, a device named HONOR X40 GT surfaced on the internet, and it could be the latest device joining the series.

The HONOR X40 GT is said to feature the Qualcomm Snapdragon 888 SoC, which powers most of the 2021 flagships. It packs a 2.84 GHz Cortex-X1 CPU core, three Cortex-A78 cores at 2.42GHz, and four Cortex-A55 units at 1.8GHz. Despite having a flagship chip, the device gets described as the performance smartphone in the midrange X series.

If nothing goes wrong, we will be seeing the device this month. Besides this, other interesting phones from the company could also drop in the same period. They're the HONOR 80 series and the foldable Magic V2. Are you looking forward for the announcements? Leave a comment to let us know how you feel, and stay tuned to TechNave.com for more smartphone news.