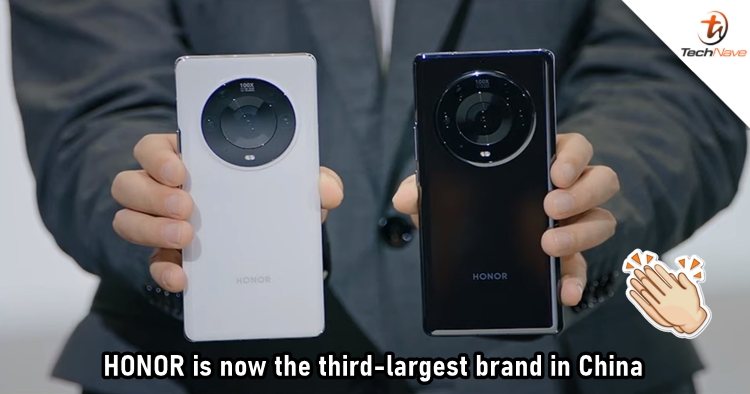 HONOR, once a brand that struggles, has now regained its glory. The brand is now the third-largest in China by shipping 4 million devices last month. With the help of the number, it managed to surpass other huge brands like Xiaomi and Apple, which shipped 3.9 million and 3 million devices respectively.

In front of HONOR, there are OPPO and vivo that both shipped around 5 million devices. Although HONOR didn't get to the top of the list, it's still a mentionable honour (pun intended), as the brand only had 3% of the market share back in January. After months, it has sold 28.68 million devices and witnessed an annualized growth of 28.6% in the local market, all thanks to its 5G smartphones. The Chinese brand, which is now free from the US trade sanctions, had also officially announced the opening of its global headquarters in Shenzhen, China. Through that, it would help HONOR further develop its global business and strengthen its position in the smartphone market.

We're glad that HONOR has come this far after leaving its former parent company. Let us know what do you think about the brand's achievement by leaving some comments! Stay tuned to TechNave.com for more smartphone news.