HUAWEI has been quiet for a while in the smartphone industry. Now, the company is seemingly making a return by launching the sixth entry for the Mate 40 series, the Mate 40E Pro. However, it might have run into some issues as the device is said to feature a dated Kirin chip.

According to the source, the Mate 40E Pro was initially assumed to pack the Kirin 9000 5G chipset, but the latest information claims it would feature the Kirin 990 5G instead. If you have no clue, the Kirin 990 5G was launched back in 2019, which is almost a two-year-old technology. Therefore, it's a bit weird to see a new smartphone with dated hardware. 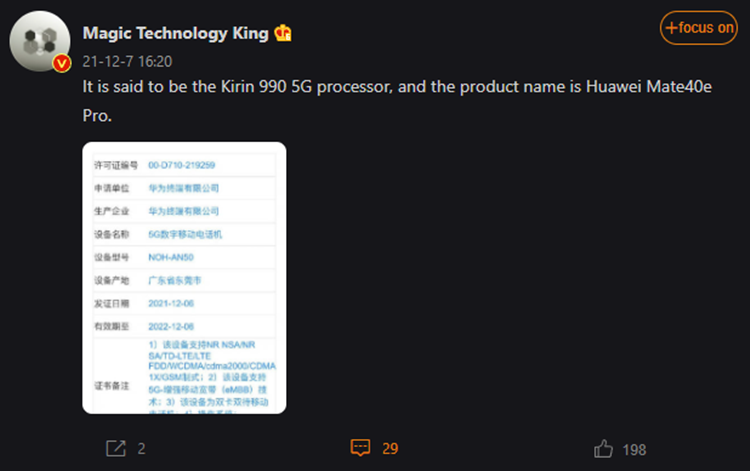 It's said that the reason behind this could be HUAWEI has to reserve its Kirin 9000 series as it's running low, or they could have run dry. If the latter is true, it could mean that HUAWEI's future smartphones would not come with the latest chips.

What is your opinion on this article? Drop a comment to let us know and stay tuned to TechNave.com for more smartphone reports.