HUAWEI Mate 50 to use Qualcomm's Snapdragon 898, but without 5G again 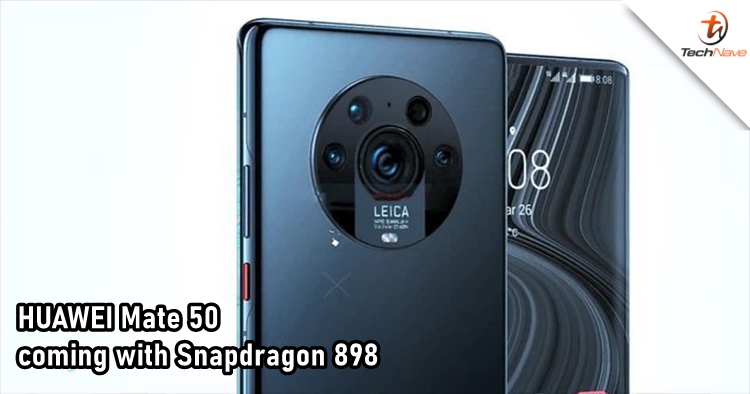 Due to the delay for the HUAWEI P50 series, the company's usual smartphone launching schedule gets messed up. The Mate 50 series that was supposed to debut this year will only arrive in 2022. Until now, we have received the latest information that the upcoming Mate 50 will use Qualcomm's next-gen flagship SoC, Snapdragon 898, but it will lack an important feature.

At this point, we think that you already know what the feature is, and yes, you've guessed it right, it's 5G. Due to the US sanction, HUAWEI has to leave the 5G connectivity if it's using the chip. That might not be new since the global version of P50 is also said to come with the Snapdragon 888 without the latest communication technology.

According to the source, the Mate 50 might also arrive with a glass and metal body as usual. The Mate 50 Pro could sport an LTPO display, an AMOLED panel with QHD+ resolution, or a curved display. Meanwhile, the vanilla Mate 50 might ship with a fullHD+ panel. The Mate 50 series is expected to debut in March 2022 after the Mate X3 in February. However, there's still a chance that HUAWEI will launch them at once.

Are you excited about seeing HUAWEI's upcoming flagship devices? Let us know how you feel by dropping a comment and stay tuned to TechNave.com for more smartphone reports.