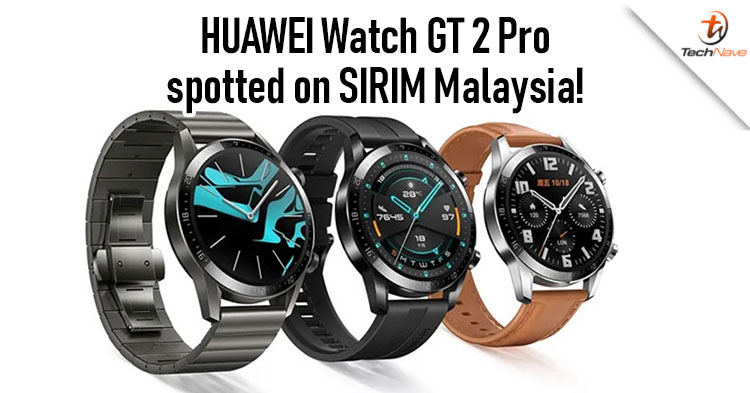 HUAWEI has launched the sportier-looking HUAWEI Watch GT 2e in April and a month later, a trademark application was filed for “Mate Watch” that will run on HarmonyOS alongside with the Mate40 series. But today, we’ve found out multiple certifications not just in other countries but from Malaysia as well for a new smartwatch named as the Watch GT 2 Pro.

According to the reports, the coming Watch GT 2 Pro might be launching together with the Mate40 series but not the Mate Watch with HarmonyOS. The HUAWEI GT Watch 2 Pro has been certified by a few agencies such as the FCC, Europe’s ECC, Singapore’s IMDA as well as Malaysia’s SIRIM with the model name of VID-B19. 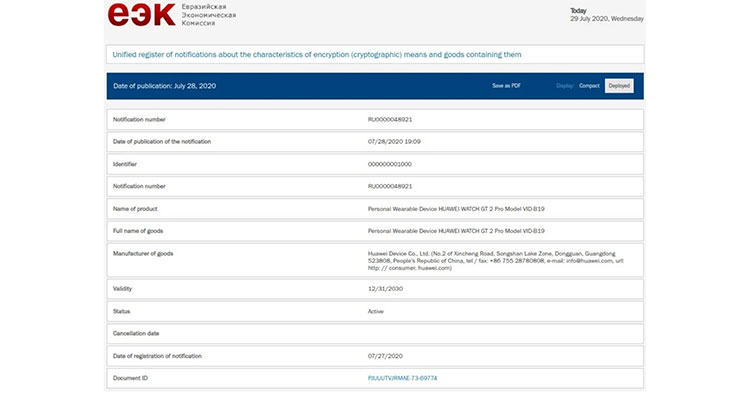 Based on the certifications, we can see that the key feature will be the support for a 10W wireless charging. Besides, it also will be sporting the same 455 mAh battery as the Watch GT 2 which can last up to 2 weeks of usage. But since it’s a pro version, we might expect it to have a different outlook, longer-lasting battery life, and more features compared to the Watch GT 2 and Watch GT 2e with a higher price tag.

Either way, there’s still no official confirmation on the tech specs and Malaysia releasing dates as well as for the design, so do take this with a pinch of salt. But are you excited to see the new HUAWEI Watch GT 2 Pro? Let us know at our Facebook and stay tuned for more news updates on TechNave.com