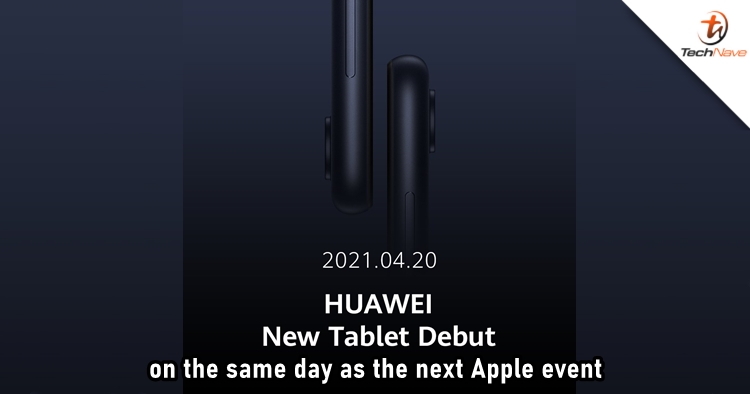 Apple has announced its upcoming event yesterday and it's scheduled to go live on 21st April (20th April in Pacific Time Zone). At this event, the Cupertino-based company is expected to launch the new 2021 iPad models. Interestingly, another tech company HUAWEI has confirmed that it will have an event happening on the same day as well, and it's also to introduce the latest tablet.

It is said that the new HUAWEI tablet could be the MatePad Pro 2 that is suggested to arrive with a Kirin 9000 chipset. Besides that, it would feature a large 12.2-inch OLED display from Samsung alongside support for 5G networking as well. It is also worth mentioning that the tablet could be arriving with the HarmonyOS, but if it does, it might only be exclusive for the Chinese market.

The source mentions that HUAWEI might have intentionally arranged the event to be on the same day as Apple's. With both of them launching a new generation of tablets, the competition will be a fierce one but it looks like the Chinese tech giant is confident about what it is bringing to the table.