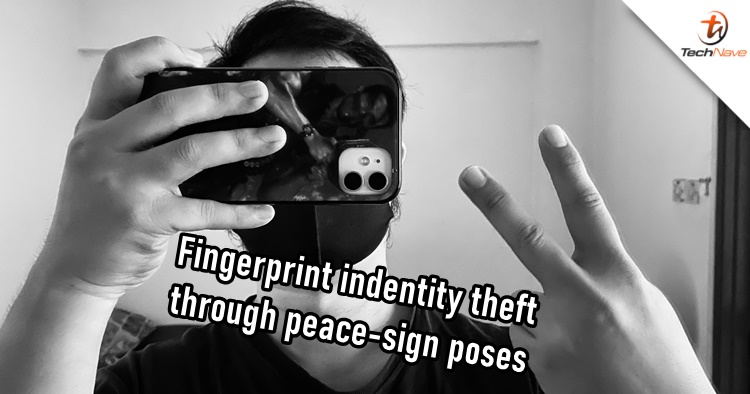 You may or may not have come across this news, but apparently it is possible for hackers to obtain your fingerprints through high-quality photos. Since using the peace-sign is one of the most popular poses for taking photos, it is reported that hackers can enlarge the photo and scan your fingerprints off.

According to Zhang Wei, the Deputy Director of the Shanghai Information Security Industry Association, hackers can do this as long as the subject is 1.5 metres away from the camera while posing with the peace-sign. If the distance is between 1.5 to 3 metres, the fingerprint "hacking" success rate will be lower (about 50% they said) but we shouldn't underestimate this low percentage, as the hacker can turn it into a fingerprint film through professional materials for unlocking modern fingerprint door locks and payments.

To prevent this fingerprint identification theft, Zhang Wei recommends that you shouldn't use your fingerprints on untrust devices, setting up dual fingerprint authentication or an additional passcode, and of course, don't keep using the peace-sign in your photos within 3 metres (there are many other poses you can do). Hmm, now the idea of having detailed images from new smartphones nowadays doesn't sound so exciting anymore.

This fingerprint hacking was first reported in Japan during 2017, as well as a group of European hackers who publicly stated that it is possible to do such a thing. Well, as long as you're careful in not registering your fingerprint into too many devices, you should be fine. Stay safe and stay tuned for more trending tech news at TechNave.com.